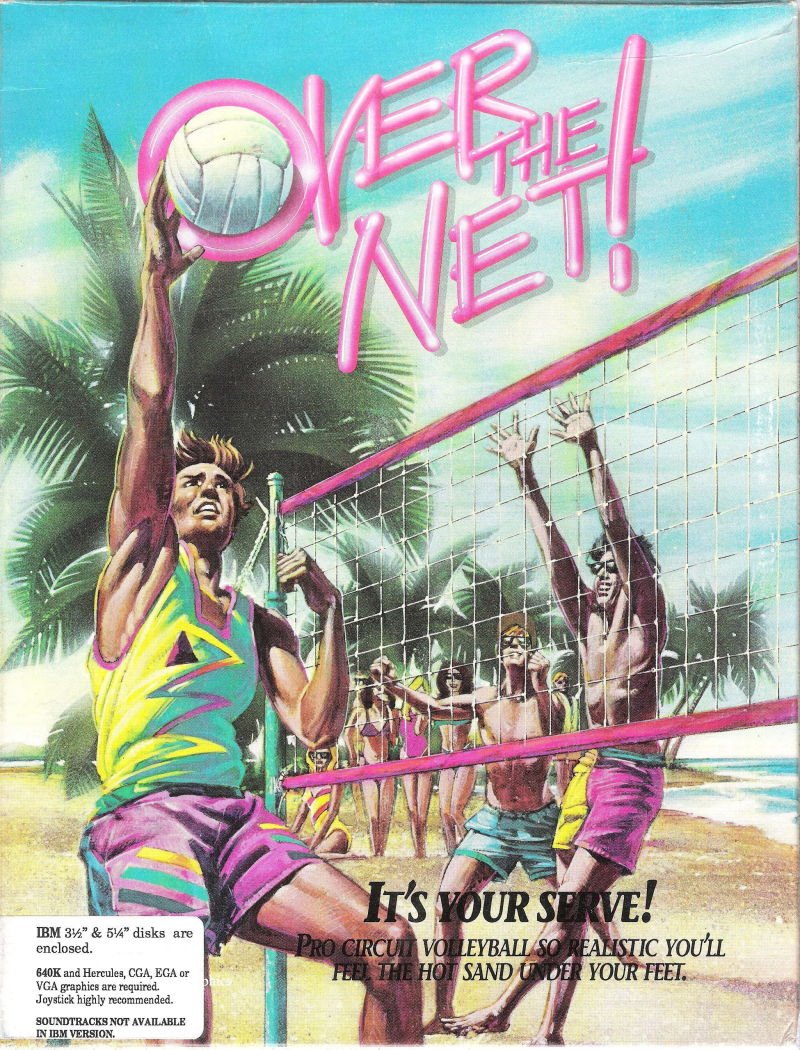 Play online, the famous Over the Net, a Sports game, published by Genias in the year 1991.

Over the Net description

Simulator of beach volleyball, which is concurrently one of the rarest DOS games, for version for our platform on the Internet almost find.

There are four teams with names that are slightly altered names of real. The rules are simple: matches are played with one, three or five sets (how many sets will be – decide for yourself) to win in each set should be the first to score fifteen points.

Each team of two players. You can control their movements and blows. General rules are identical to the rules of real volleyball (that is, when the ball was sent in the direction of your team, but not landed on it and flew over the grounds, the opponent still gets a point). Graphically, the game looks a bit strange – on the one hand, images of the players are quite large, on the other – the clarity of drawing is not particularly high. However, because simulation of the volleyball, especially beach, never had a lot, all the fans of various sports games (as well as collectors of rarities) this game is highly recommended.

Have you ever wondered what kind of video games were played in the good old days? Try playing Over the Net online now and we are sure you will not stop playing again.

Click here to play Over the Net online
Rating breakdown