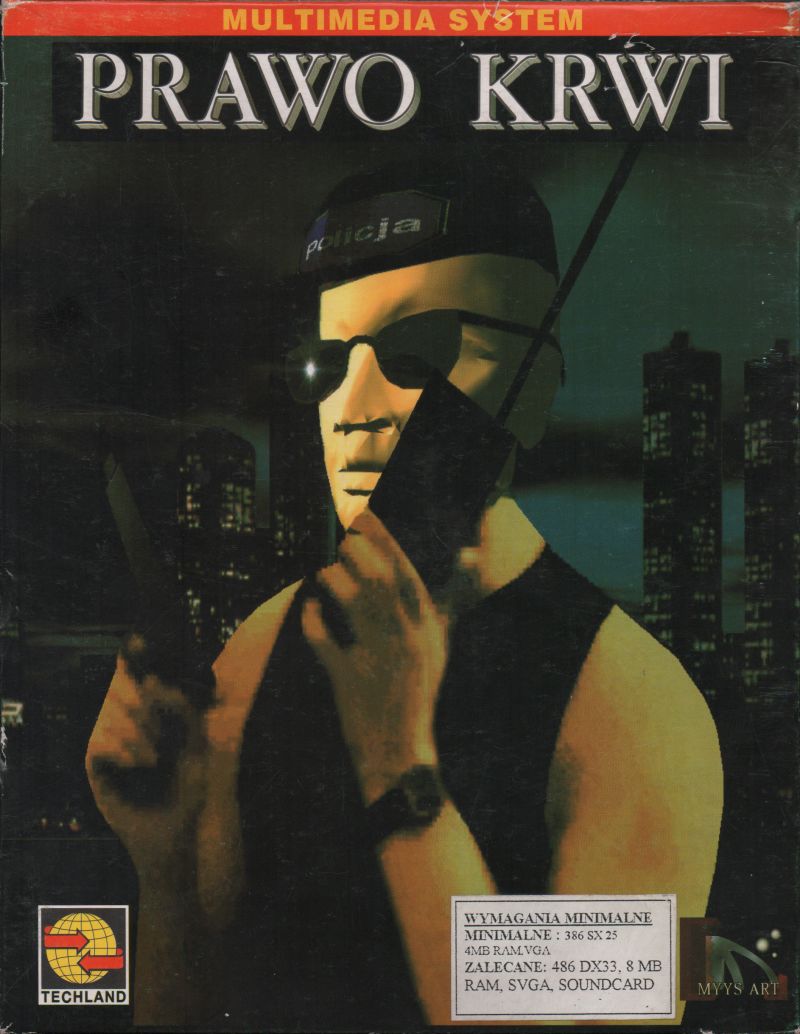 Do you want to relive your good old memories? Play Prawo Krwi again, it’s a perfect DOS game launched in 1996 and a must-play for all video game lovers.

Rare DOS version of the same rare Polish bitemap with elements of other genres of games. The game was released only in Poland and in the Polish language, resulting in almost not known abroad, but at home, as we found out, was at one time quite popular.

The game's plot is technically an anti-Russian, but in the game, fortunately, this is not really felt. The game is set in Poland in the first half of 1990-ies, when, in the opinion of its authors, the country was flooded with bandits from Russia and countries of the former Soviet Union, created on its territory a strong criminal groups and street crime have made a nightmare of the Polish society. The player acts as a special forces anti-terrorist squad GROM, who replaced his slain comrade in the fight against crime and released on the gloomy streets of the Polish cities dressed as a mugger (or, more correctly, kesara – the so-called Gopnik in Poland), first to go among them for her. Its mission is to fight crime by all available means, ranging from private hands and feet, and ending with the various types of weapons. In short, the plot is very weak, not particularly interesting and are largely conventional, although before each mission you will be quite a detailed text entry about the fact that it needs to be done.

The game is divided into a number of missions, most of which is a classic bitmap overlooking the side: the character moves from one end of the screen to the other and periodically meets hostile Gopnik, which brutally cracked down. In some missions, the view is first person, but the meaning of what to do, does not change (unfortunately, we have to admit that as a FPS this game is very very weak). Finally, there are racing missions, and time-limited: you need to have time to travel a certain distance, burdened with obstacles and dangers, for a certain period of time.

Hero (in the mode of bitmap) can cause the opponents of the three strikes, he did not die from a single blow, but still has more than a limited amount of health; there are, however, several lives that in the event of death will help him be reborn. Opponents are relatively strong, but the battles themselves are still pretty boring – primarily because of their monotony. If you adapt – you can easily win the vast majority of opponents.

The graphics in the game are pretty interesting and memorable: the backgrounds are two-dimensional and at times quite minimalistic (which can be explained by the fact that the game almost always happens at night), but the model of our hero and his enemies are digitized images of real people (all their movements and attacks were pre-recorded), which hand-drawn backgrounds look weird. It is also worth to note that the game is quite a considerable amount of animated blood, perhaps small children it will not work.

In his time in the Polish press out of this game, which was released originally for the Amiga, and almost immediately on the PC, widely advertised, praised its graphical merits and "Patriotic" story, and she was called – no less – "the Polish answer Mortal Kombat" and "Mortal Kombat, ported to the Polish street". But the real hit she never was, and after a couple of years was even in the country permanently and thoroughly forgotten.

To date, this thing is a primarily a huge collection value and historical interest, for it was miraculously found, but still lovers of rare bicimapas will probably be to her what to do.

Now, play Prawo Krwi online for free on your browser and make your boring weekend fun and full of entertainment.