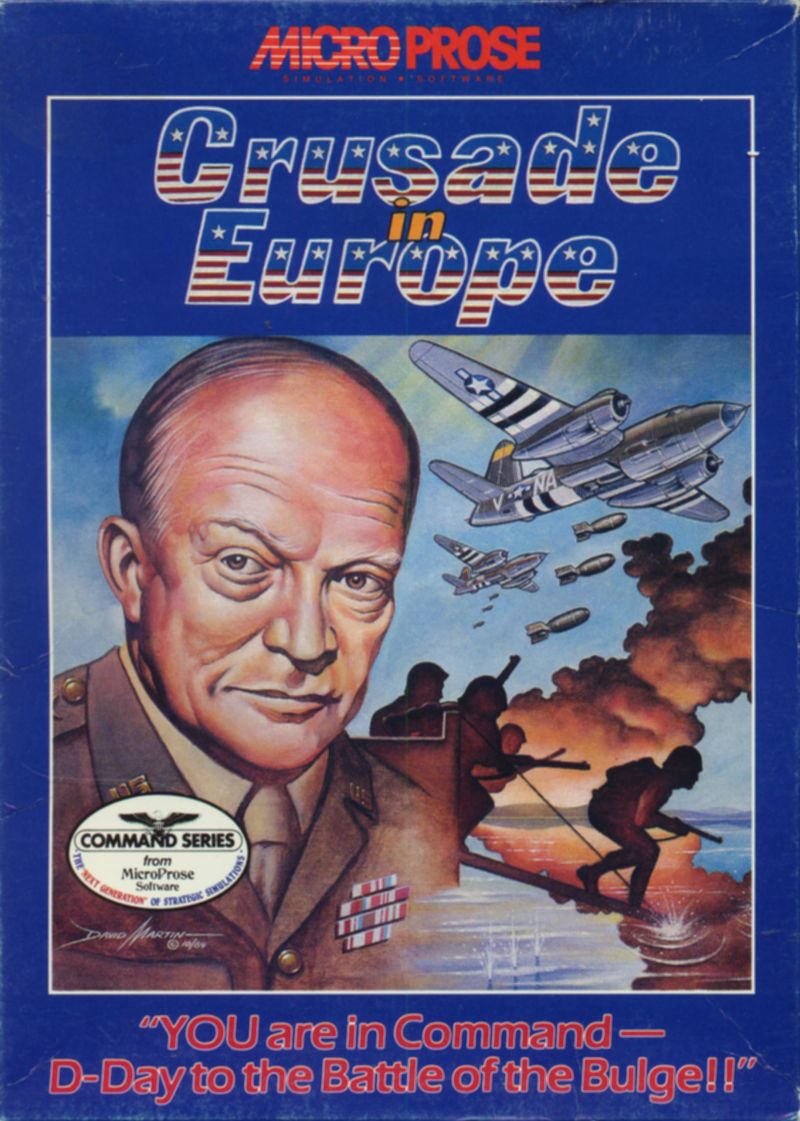 A very interesting DOS game was released by MicroProse Software, Inc. in the year 1986. The game was called Crusade in Europe. You can now play it online.

Wargame, the first part of the original trilogy "Command Series", which was attended by himself, Sid Meier.

As you might guess from the title, the action takes place in Europe during the Second world war, particularly in 1944 and 1945, when the Allies landed in Normandy. In the game there are only five specific scenarios, however, such a small number more than kompensiruet truly innovative for the time of release the level of detail and attention to historical detail (this game is really a historical military simulation!). However, before the start of the game you can choose the difficulty level and different initial location of troops. Please note: the game is set in the real (!) time, but with "active pause", during which you can give units orders. Of course, you can play for both sides.

Graphics for its time and sub-genre is also amazing – you can expect bright and well-drawn card (supports EGA!). The choice is in terms of graphics: you can choose whether units referred to as characters more familiar to a computer wargame, or Board game. Perhaps for its time it is really the best war game that all fans of the subgenre should definitely pay attention.

Do you want to relive your memories and play Crusade in Europe online in your browser? Play it now for free.