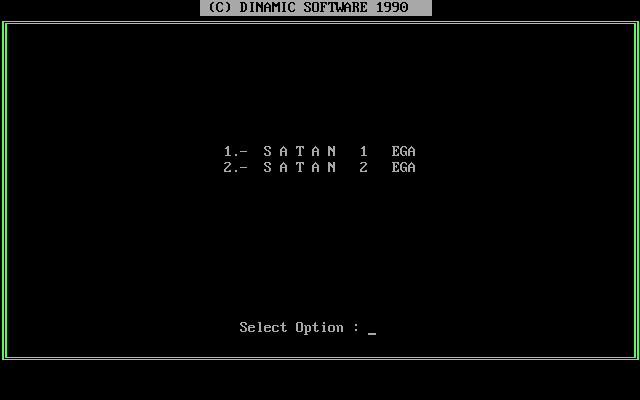 Arcade game in which our hero to go to Hell to first find three magic scrolls and then use them to save the wizards from the clutches of the demons. Each of these parts is a separate episode of the game, they can even be downloaded separately, however, for instant access on the second episode requires a password.

The point of the game is identical to most arcades. Side view, go forward, jump, collect bonuses, fight with various demons. Of bonuses, in addition to health regeneration, very important are the charges of ball lightning, which can kill many enemies at a time. In the first part to destroy the enemies will have basically a sword, the second – is magic spells. Also in the second part of the defeated players will drop coins, which you can buy yourself some improvements (e.g., shield). Unfortunately (or not), each level in both episodes have a time limit on the passage.

Graphically, everything looks good, the atmosphere of Hell is felt everywhere skull and red lights. The main character and monsters are drawn not so clearly as we would like, but thank you is to say, if only for the variety of opponents (which, by the way, there is no special time to consider). Verdict – "another platformer", but with some interesting features and unusual surroundings, fans of the genre – at least on the note.

Now, play Satan online for free on your browser and make your boring weekend fun and full of entertainment.