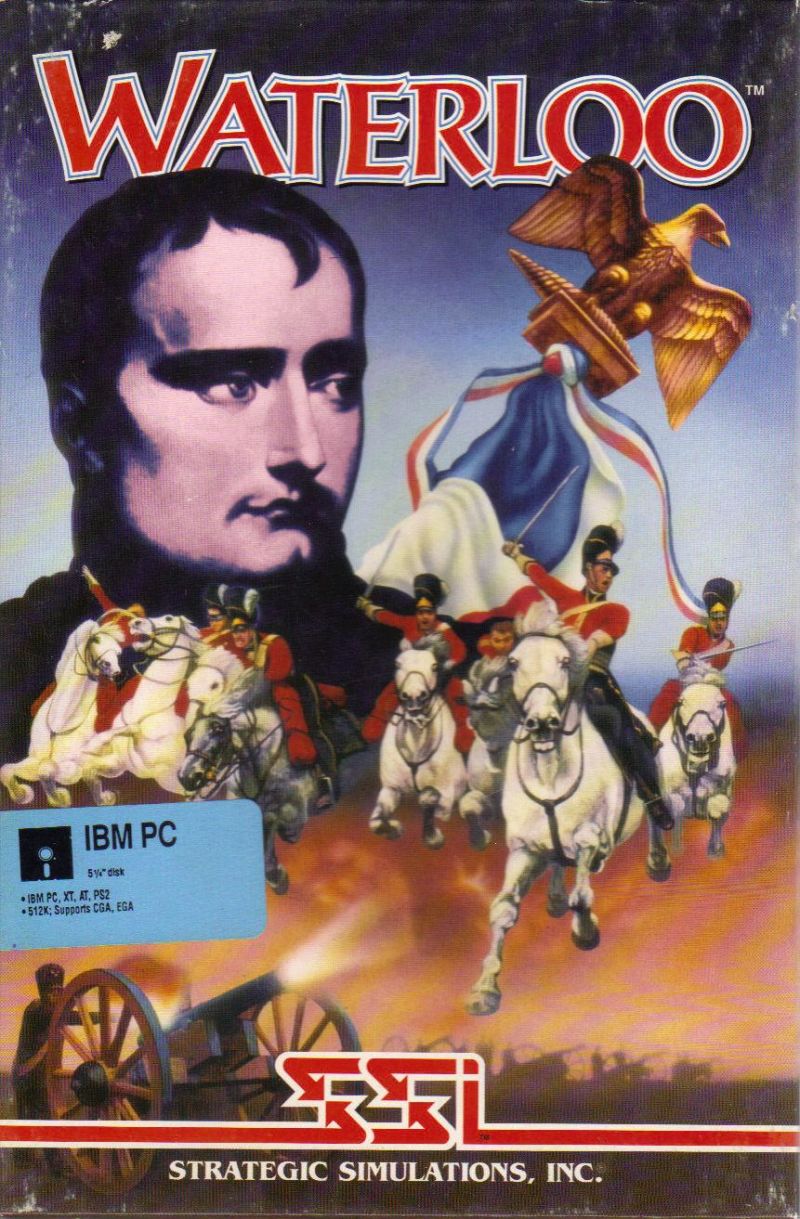 In 1989 Mirrorsoft Ltd. released Waterloo. The game was an instant hit among all and played for years. Play it again online now.

The second part of a series of wargames on the life of the French Emperor Napoleon I. This part is devoted to the last battle of the Napoleonic wars – the battle of Waterloo, which occurred after the famous "100 days". Traditionally, there remains the possibility to change the story can be taken as the direction of the Duke of Wellington and Napoleon (but note that to play for the last is extremely difficult).

The game after the release rightly called a revolution in the subgenre. Almost for the first time in the history of games fans of the genre on the screen got the opportunity to really feel as a "field" and not "staff" of the commander, watching the tide of battle, for example, from a nearby hill. Our eyes, instead of the traditional "map with circles and squares" appears almost three-dimensional green box with "cubes" for our and enemy military units (of course, the dice are color coded and many more, so that you can understand who is where). This innovation allowed the player to almost feel trapped on the field of battle, and even now, the viewing experience is very strong.

But the balance of good and bad must be respected, so the stunning graphics added monstrous on the complexity of the interface, which offers us to print (!!!) the commands that we give to our units. It is clear that to print the real text of the order, no one will not work (at least just in time), so we pre-cooked some "modules" (the names of commanders, places where you can attack/defend/do something else, the start time of the execution of the order, some basic commands). In fact, you can get used to, but still this system is very complicated.

But the worst is not even that, and the fact that, apparently, in order to bring the game to "reality", it introduced a very strong element of "random situations". For example, your order may not in time to reach the commander of the flank, may not be executed because of the cowardice of the military, finally, it can generally be ignored, because supposedly "the situation on the ground is different". And no matter what you are given the opportunity to look at the whole field of battle, - "they," you see, the better versed. That is, surprises will be plenty.

The game lasts 10-20 hours, and this is not a joke. During this time she may get bored - not least by the "surprises." At the same time, is truly revolutionary in all respects wargame, one of the most visually pleasing and one of the most challenging in terms of gameplay. A definite leader in the category "a gift to the hardcore".

Play your favorite childhood game Waterloo online in your browser for free here.