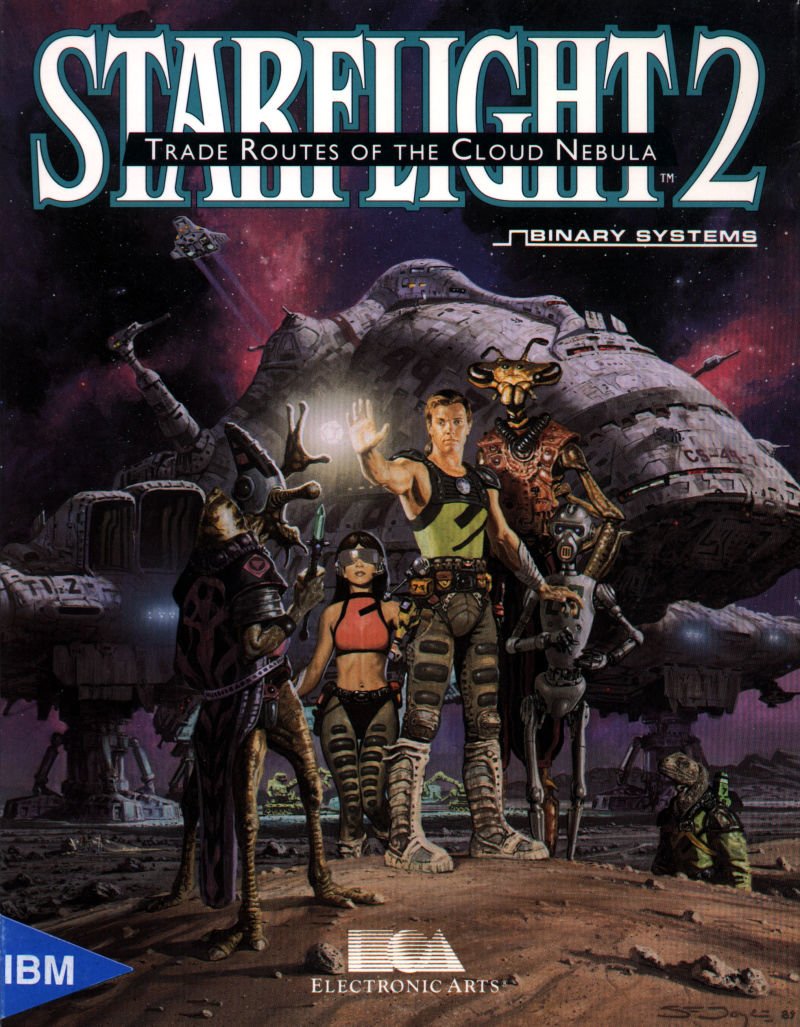 Starflight 2: Trade Routes of the Cloud Nebula, a top-notch Role-Playing (RPG) game was developed by Electronic Arts, Inc. in the year 1989. This was a very famous and in-demand DOS game. You can play it online here again.

The continuation of an ancient futuristic RPG.

It took another number of years after the events of the first part, and now Art have to battle with some Seminary, in whose hands are the unique military technologies and begin capturing the Galaxy.

The interface and gameplay have changed very little, except that planetary exploration is happening now with the top view. The most important innovation, which is reflected in the title, is trade, which plays a significant role in the game.

In addition, there are some new features and technologies by which you can improve your ship and crew. The rest - nothing new (and, alas, in the graphics and sound too).

Verdict - see only those who liked the first part.

Do you want to relive your memories and play Starflight 2: Trade Routes of the Cloud Nebula online in your browser? Play it now for free.