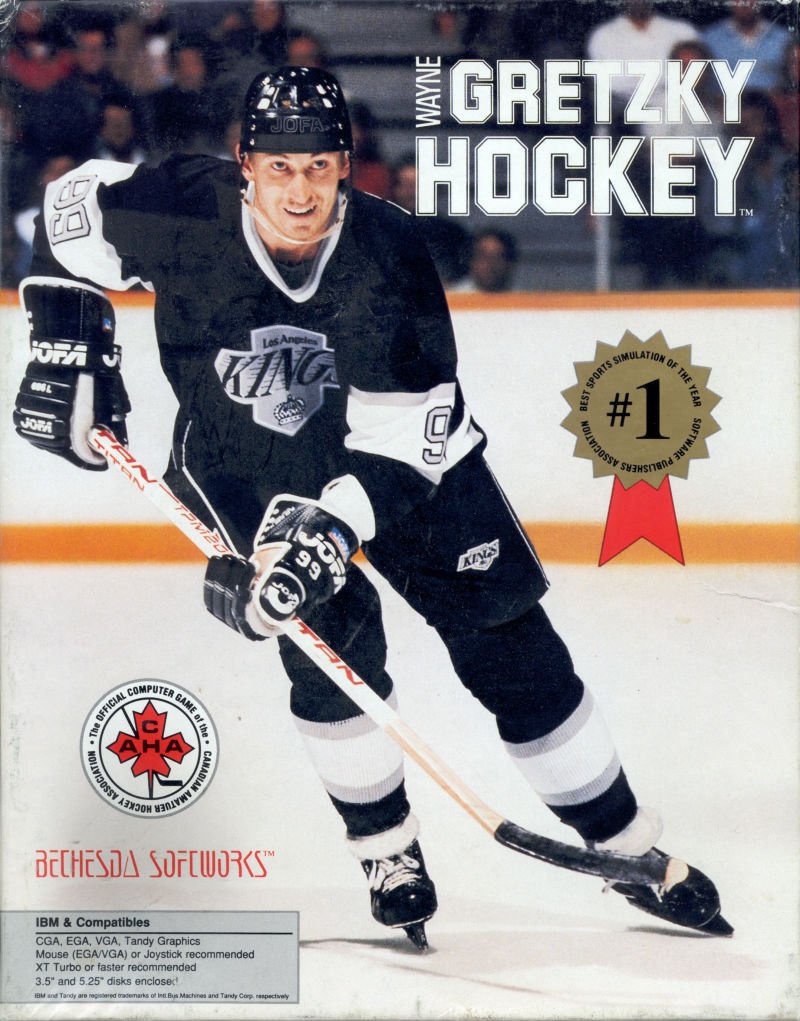 Wayne Gretzky Hockey from 1990 is a Top-down perspective game released by Bethesda Softworks LLC. If you want to play this game, click here.

Good old hockey future from the creators of the TES series, the first game of the series.

The main difference from most similar games of the time – very strong attention to team management, trainings and all sorts of statistics, so that should mentally prepare for what to contemplate all kinds of tables and diagrams have almost if not more than the matches.

The interesting features are many, some of them in this game first appeared. There is support for mouse and joystick control, the ability to create your hockey player or even a team, different types of matches (including training), "cut scenes" and a huge number of really smart tactic to use.

The gameplay is detailed and quite complicated – it should be recognized that there is no "arcade" are not at all. And not only because there are penalties, offsides, referees and removal, but because in this game, no matter how it may seem strange, is the logic. Here is amazing (especially for its time) clever artificial intelligence of the enemy – try it, if just to defeat the "computer dummy". There really need to study statistics because it is not always boring. For example, there are statistics on the personal qualities of the players, and be sure that the quality displayed there, they will be directly in the games the most active way (someone quick, someone skilled, and someone pugnacious).

The game is completely the top, and the graphics, unfortunately, though "strong" for those times (and then only according to some analysts), but not too "adapted", and this further complicates the matter, since it is not always possible even to understand exactly who is where on the field. But the game still exciting. The highest score a game gets, but highly recommended reading to all fans of hockey on the monitor screen. If not in the entire history of the subgenre, then at least for its time it was top-of-detail simulator "ice patrol", which exceeded (and this is debatable) only the subsequent part of the series.