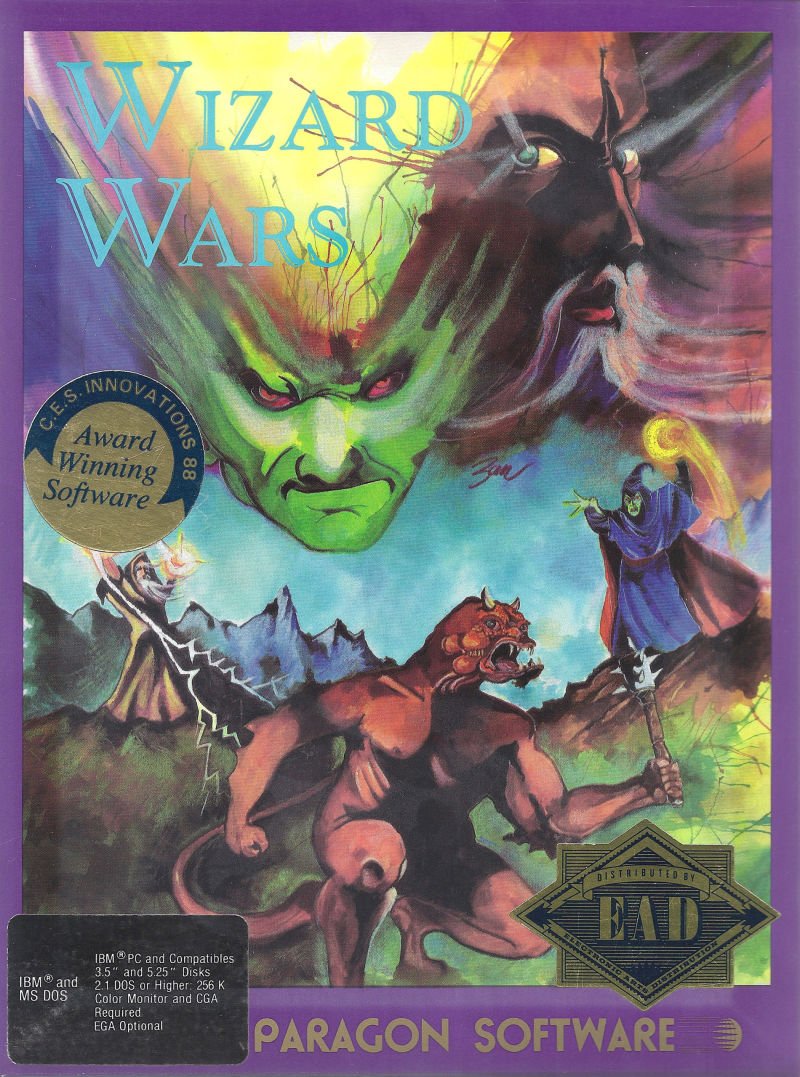 In 1988 Paragon Software Corporation released Wizard Wars. The game was an instant hit among all and played for years. Play it again online now.

A rather unusual RPG, first and foremost by appearance.

The plot, unfortunately, is not very clear. The action takes place in a mysterious world where the population suffers from monsters that serve the evil magician by the name of Aldrin. We're playing for the good magician Temares that needs to reunite Black and White unicorns (!), to restore the cosmic balance and to be able to defeat evil. Go have three great locations where you can find many items of protected enemies (feature – search topics are usually consistent: the presence of one will help in the future finding another).

The gameplay is completely turn-based, movement is discrete. In the battle take turns with the enemy, for every move you can do only one action. Since our hero is a magician, a weapon he can't use, so most of the action in battle is to use some kind of spell or drink any medicine. By the way, in this game the enemy can try and run away.

Over time, our hero will learn to mix and collect the ingredients to create new potions and spells. By the way, variants of all sorts of spells and potions there are several dozens (even if you count only those that immediately), and even enemies quite a lot, and almost each of them is unique (!).

The most surprising thing in this game is a graphical representation of all the above. Formally, the game takes place from a first-person, it is possible to view the global map locations. But the main wealth of graphics can be seen during fights. Combat screen is the most beautiful painted cloth, where one side is a portrait of our hero, on the other – perfectly depicted the enemy, and these images will change during the fight.

Of the disadvantages of the game include a fairly simple fighting and some strange interface. In General, good role-playing game appealing in the first place is unusual for the genre of beauty, but is recommended only for fans of the genre.

Have you ever wondered what kind of video games were played in the good old days? Try playing Wizard Wars online now and we are sure you will not stop playing again.