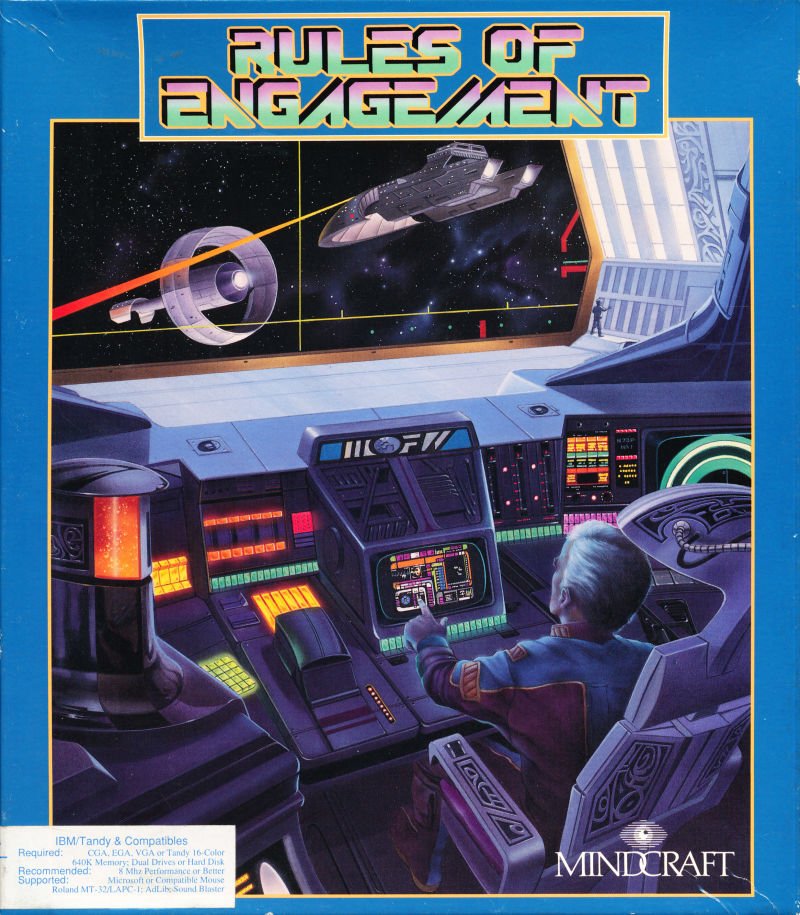 With many different features and various levels, Rules of Engagement released in 1991 hit the right chords right from the beginning. Play this excellent Simulation game and online now.

Early space strategy-simulator "mothership"'and, perhaps, in a sense, "the forerunner of" Homeworld.

It is very difficult to determine whether this game campaign. It may well be that not. At least we have just a certain variety of missions, each of which, incidentally, is equipped with a very detailed briefing (and it pleases).

You appear here in the role of commander of a space fleet, before the mission you can select a star system, ships that are to command, to appoint their captains and even choose a race of aliens they will need to fight. That is, (specifically): there is a list of missions, there is the difficulty of these missions (listed to the right of the name), selecting the mission, it can be customized to your liking, you can even create your own.

But in practice, it is much more difficult than it might seem at first glance, and for many, perhaps far less wonderful than I'd like. The fact that Rules of Engagement is almost entirely textual strategy, its "mother ship" we will only see once in the Intro. Minor graphics here and there – for example, the image representatives of alien races, which will have to deal (and they are executed very efficiently). But the bulk of the screens – text. And screens lots: tactical, navigation, communications, data on ships of the fleet, encountered the objects... And each one a bunch of charts, numbers and letters. Objectively hard, but exciting.

The objective of the game remains a mystery. More precisely, the goal of the global plan. Perhaps here we are dealing with a kind of "simulation of a career." Because, by selecting a particular mission, we can complete it in a different way (even a victory can be very different), at the end it will tell us how well we applied the skills, tactics, modeling ships and other. If everything was very good – we will be rewarded and promoted, and the next mission we will start with consideration of our previous achievements.

Summing up – the game is interesting, ambitious, but the lack of graphics and the many aspects of the gameplay make it difficult even for the lover of old strategies. It is recommended only to those who are not afraid of difficulties and willing to learn.

Tired of your same old routine, want to add some entertainment and fun element in hour life? Play one of the best videogame Rules of Engagement online now and change your boring oold routine for good.