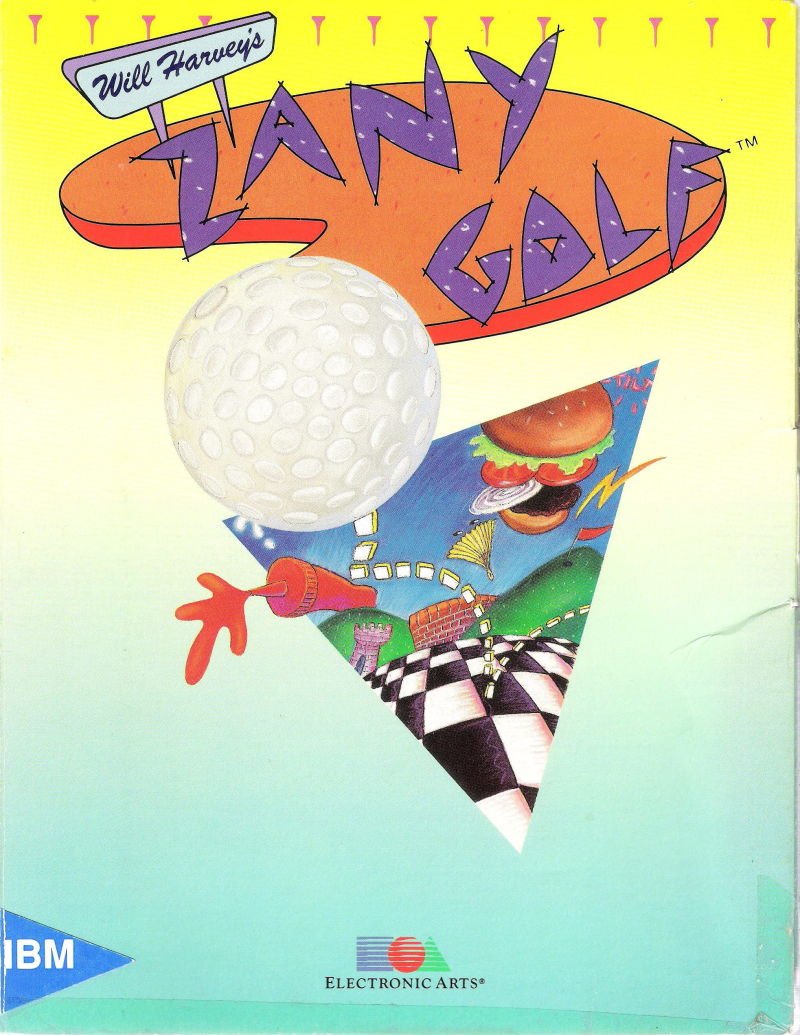 The very talented group, Electronic Arts Ltd. developed a Sports game in 1988 and interestingly called it Will Harvey's Zany Golf. The game is so engaging that you will feel that “time flies”.

As you know, Golf is a kind of "sports paradox": it is not a popular among the people (on the contrary – it has always been considered a kind of "elitist"), but also golfers – some of the highest paid athletes in the world. Naturally, like most other sports, Golf could not pass and personal computers. Now games about this sport are produced rarely, but at the turn of the 80s-90s was a real "boom" of Golf on the PC and not only true, games have been though a lot, but they for the most part each other's duplicate and was just a "computer Golf". For such a "powerful" background managed to stand out units, and now before you is one of those games.

The essence of Zany Golf are identical - in General - essentially any other Golf – to drive the ball into the hole. In total the game has nine levels. With the mouse adjusts the direction and force of impact. It would seem, again, "routine"? Not at all. Because Zany Golf action takes place in a wonderful surrealistic world where no level is like another, and the heart enters into a dispute with reason and refuses to acknowledge the fact that you can see the ravings of a lunatic. Although both can still be called, for example, a mad scientist's laboratory with living hamburgers in the role of the enemies that prevent the ball (Yes, that's the way, jumping)? Or level yard windmills you Can... nonsense, Yes, but you a masterpiece of imagination.

Initially, we are given only three hits, but in the case of success – more (if all three times were not included in the hole – that's it, game over). Some physics in the flight of the ball, by the way, there is, moreover, "design" levels from time to time becomes more and more twisted, which prevents a quick passage. And it is necessary to pass quickly - because the game is time limited. If we managed to pass the level quickly – we will give bonus "bonus attempts" on the next, which will be already much more difficult.

Graphically, the game looks great – the isometric perspective of the review, a little hint of three-dimensionality and remarkably detailed, vivid levels, where the attention paid to every detail, even the smallest. Without a doubt, the most unusual and the best of the e-Golf in the world and just a great game to explore which is every.

Not sure how to pass your time, why not play our classic videogame Will Harvey’s Zany Golf online? And the best part, it is for free!

Freedom: Rebels in the Darkness