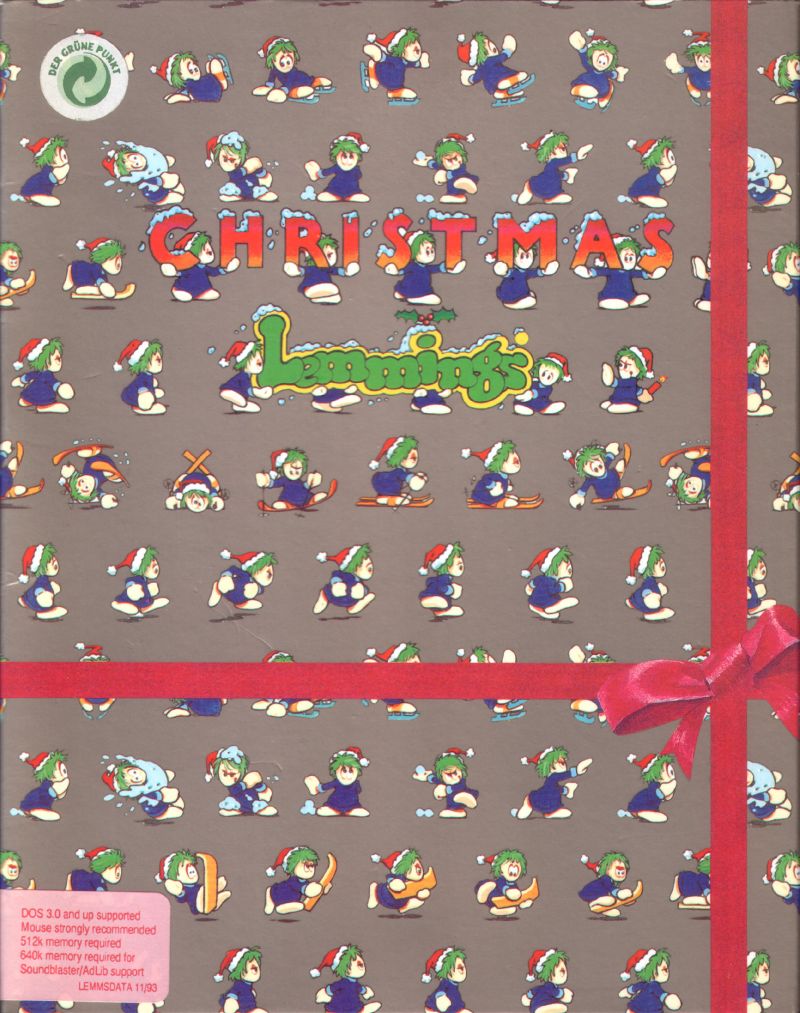 Holiday Lemmings 1993 was launched by Psygnosis Limited in the year 1993 which was loved by all old and young. It’s an interesting DOS game and can be played online by clicking here.

Much less than released a year later, the famous game about the adventures of the famous lemmings (more like little people) for Christmas. If you don't know who they are, look game description Lemmings.

Holiday Lemmings 1993 (also known as Christmas Lemmings 1993) became the third in the mini-series "Christmas" of games such subjects, but the first sold for money, although it became available in early November 1993, not at the end of 1992. Locations have a distinct "winter" color (snow rock and so on), and all the lemmings are dressed in costumes of Santa Claus (Santa clauses in our opinion). The goal is the same - to create the correct path and not to give at least most of the lemmings to fall down the abyss, retaining to the end of the level the maximum number of them alive. Level in this game 32 with 16 screens each, a choice of two difficulty levels.

Graphically it looks nice in the traditions of the original game, without full backgrounds, but sometimes interesting objects in the foreground. According to some, the game became officially free after the release of the much more well-known Holiday Lemmings 1994 for Christmas the year specified.