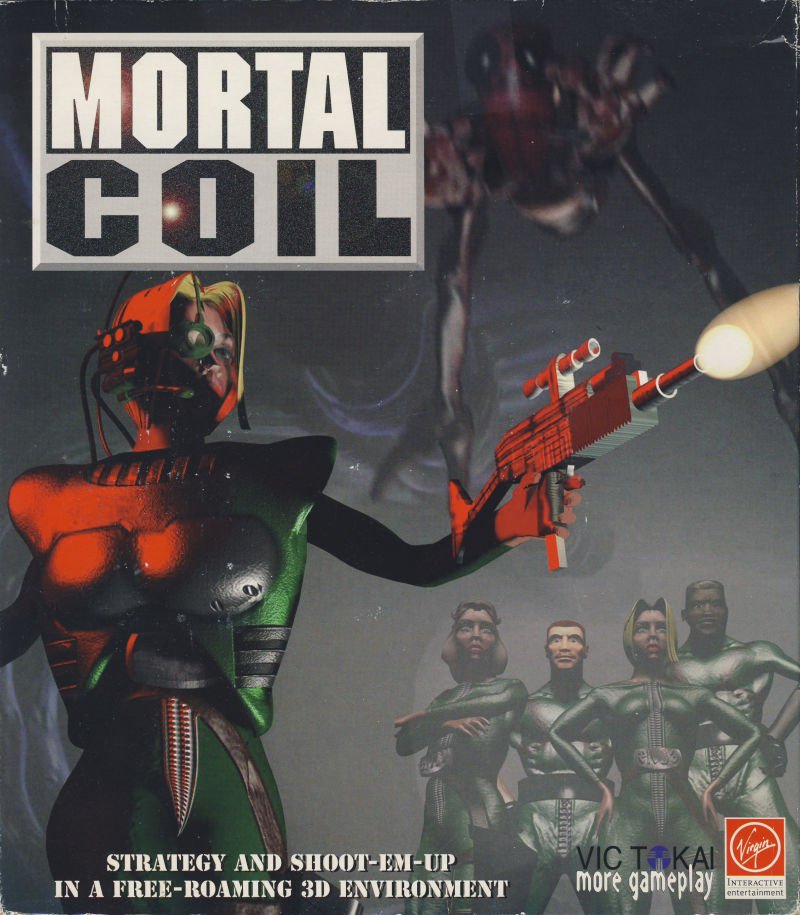 Do you think old video games are boring? Play Mortal Coil: Adrenalin Intelligence, it is a 1st-person perspective game developed by Vic Tokai Europe Ltd. and released on DOS in 1995. You will then know that you were wrong.

There is a plot, but it is unclear. Managed to understand the following: the game takes place in the future, at some (seemingly) planet colonized by humans. The indigenous population of this planet is the real terrorist, and struggle with their armed gangs, people send special forces.

The main feature of the game is different, changing form as the first and third person, that is what we later saw in Eradicator'e and Vigilance. You have to control not one character but a whole team, the game is considered to be the forerunner of a series of Rainbow Six. On each mission is given a certain number of people to manage in any one time, only one (he then becomes the commander, the rest are "equal" to his movements). Weapons are quite varied, a lot of missions, and artificial intelligence of opponents is very high, and they are colorful. That, alas, can not be said about artificial intelligence themselves "commandos" - more precisely, those that are given "themselves". However, they are quite capable to open fire first and generally respond to enemy actions.
The game has a small quest item - the same items for opening doors that have yet to find, or just reflections on "how to get out of here"...

The graphics for 1995 are good, the characters are three-dimensional, backgrounds are drawn beautifully. The game takes place in a very picturesque corners: the jungle, abandoned warehouses, landfills... Sound design only adds to the atmospherics.

Overall - the game is interesting and bright, but quite complex and kind of... painful. Enjoy the process, you can get a lot, but you get used to it. Difficult really to compare it with some other action'om both tactical and in General - it stands apart. But to try is definitely worth it.