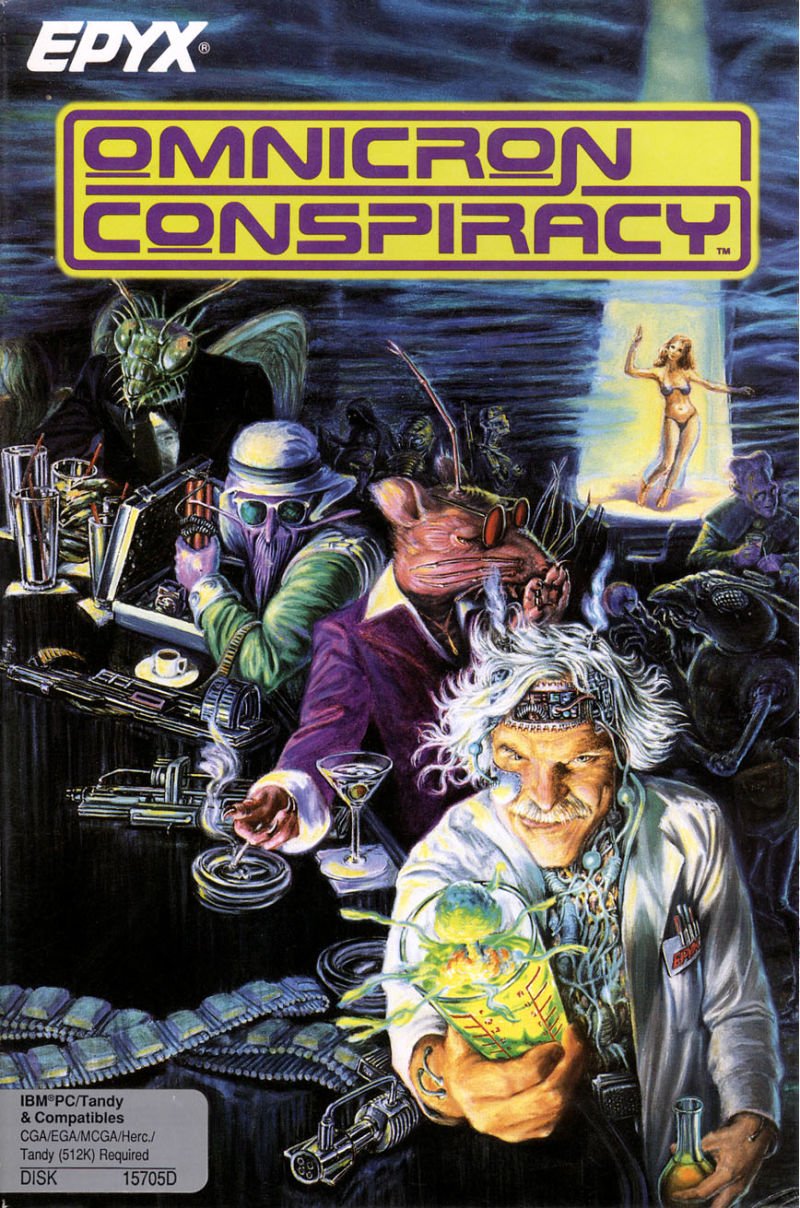 In 1989, Epyx, Inc. released a Adventure game named Omnicron Conspiracy. You can play it online here.

In this game – the captain of an Interstellar Police Force, and your mission is to destroy intergalactic drug ring. On the way to this glorious purpose, have to visit many different locations, often very beautiful, and even surprising concept.

The game itself is a mixture space simulator (because the Universe we're flying on the ship) and the quest. In simulation mode (it is, apparently, in the game core) first person, in the quest – side. The interface is not very diverse, but includes not only banal things like "show badge" or "get the Blaster", but (if we are on his ship), for example, to heal from the special madrobot. In the game there are many robots: even the current tasks they give us. Dialogue with them is impossible, but the same madrobot sure something will tell you depending on your health. Sometimes the game even there is a hint of humor.

But actually the thrill of this game is very strange, and to understand what to do in most cases is difficult. But fans alone to walk to everything in the game should be like.

Tired of your same old routine, want to add some entertainment and fun element in hour life? Play one of the best videogame Omnicron Conspiracy online now and change your boring oold routine for good.