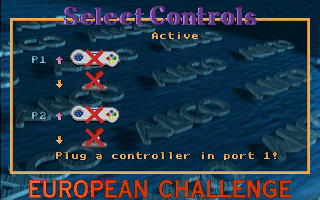 Do you want to relive your good old memories? Play Kick Off 3 again, it’s a perfect DOS game launched in 1994 and a must-play for all video game lovers.

The third part of the famous series of football simulation, released a few years after the second and already strongly differs from it.

Formal – just became much more, things became better. Judge for yourself: first, now, immediately there are two "type" of games – arcade and simulator, and the arcade mode of the rule is simplified to the limit, that is, to play it maybe even people in General not really familiar with football. Secondly, teams, and competitions became much more: now we can choose one of thirty-two teams (they still have nothing to do with reality), to participate in a single match, League play, "championship shootout" or analogue world championship. In simulation mode, play was still very difficult, but now the game provides a wide range of speed settings and the degree of control over the ball (it is possible to simplify and simulator mode), and each team now plays really differently (different tactics and level of skill), each has so-called "key players". Have the opportunity to play practice matches, you can also record your games and then watch them.

The graphics are also greatly improved – now the prospect of a review of isometric, players are drawn clearly enough (although still behind the advanced games of the time), in other words – it's great. Kick Off 3 is a good game, really varied, interesting and well thought out, trying to keep the spirit of the previous parts. Yes, it has no tight-fisted a harsh charm that was in the second half, and it stands out against their peers, not so much, but the advantages of it all, this in no way detracts from. This is still a Kick Off.

Tired of your same old routine, want to add some entertainment and fun element in hour life? Play one of the best videogame Kick Off 3 online now and change your boring oold routine for good.

The Queen of Hearts Maze Game