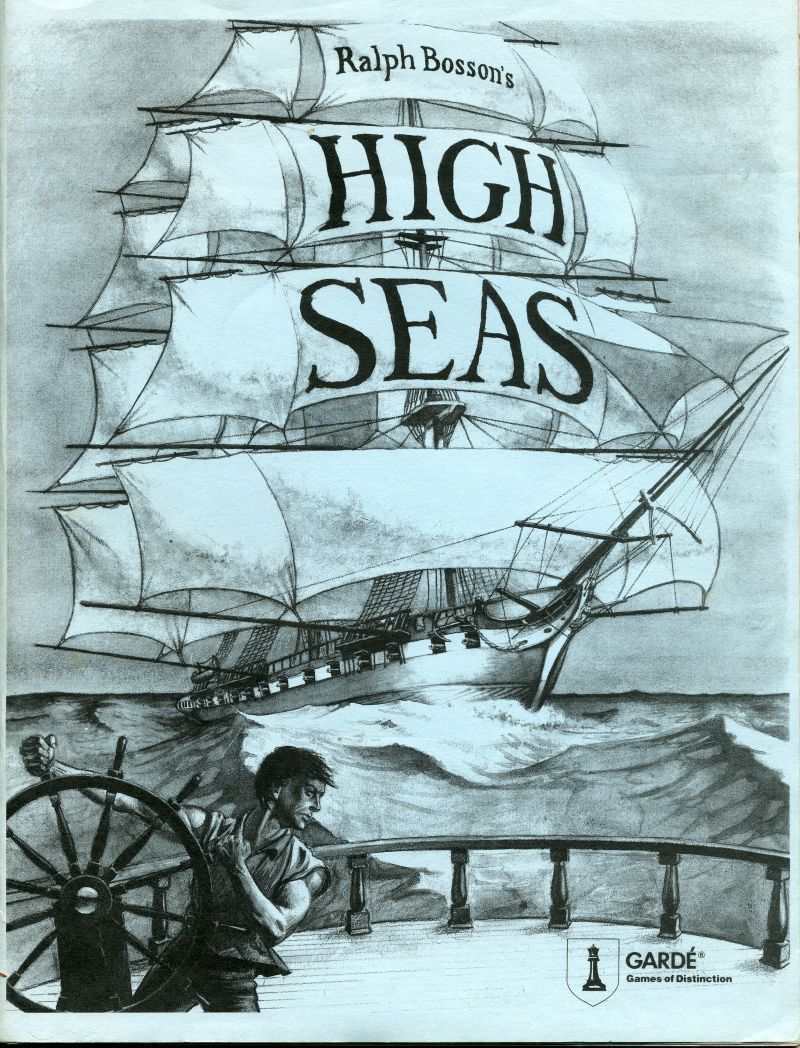 Remember the good old time of playing an awesome video game which made sad and long weekends happy and exciting? High Seas, released by Computer Operations Research Projects, Inc. in 1988 is exactly that game. Replay here.

Almost completely forgotten today, naval simulation 1987 release, the formal essence of which is simple: no campaign, no complicated rules, no strict even the plot (although it is known that the action takes place in the period from 1750 to 1812, that is, the covers and the Seven years ' war and the campaigns of Napoleon, and even the first naval battle of the young then the US) - you just need to create and name your ship, then choose your opponent and to arrange with him the local naval war which will involve just two ships (including those you can play together on one computer). Although is actually possible to take control and a greater number of ships, but no epic sea battles, of course, should not wait.

The game allows you to use two perspectives review: in isometry, which is necessary for accurate determination of their position at sea, and – attention! – in the first person, directly from the ship's deck, you need first to select specific targets to attack (but before the first Man of War another ten years!); also there is a mode of a global map. The gameplay is turn-based and based on the impact of specific orders, but also allowed various options for the party (for example, ten minutes per move or pause to return to the ship specific orders. With all this, the game has a number of interesting features: for example, when turning of the vehicle plays a huge role the speed and direction of the wind, and various types of ammunition used can cause different parts of the ship different damage. In addition, the game has a scenario editor that allows you to simulate your own little naval battle.

Unfortunately, the game never had great fame and was accepted cold even mark Evan Brooks, the largest specialist in the world in wargames. The reasons for this are completely incomprehensible, because such gameplay in marine simulator for its time in many respects, though not all, were really innovative. It is assumed that all business – in graphics, which even for the year when there really is not luxurious, but it's still worth it, and I must admit that at least in the kind of top ships do not look so bad (it is the ships and not contingent badges!). Thus, the High Seas – is at least very interesting (including the little-known, due to its) war game, which, no doubt, is of great interest for all lovers of serious old military computer entertainment.

Tired of your same old routine, want to add some entertainment and fun element in hour life? Play one of the best videogame High Seas online now and change your boring oold routine for good.