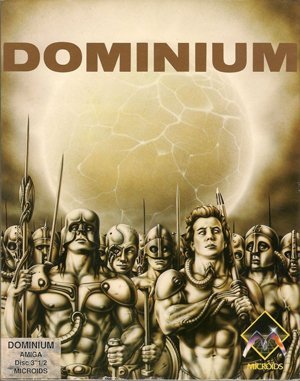 Click here to play Dominium online
5.0 /5
Dominium is one of the early real-time strategy game that focus on planet conquest and resource management - as they have become so common nowadays.

Dominium, a distant solar system discovered recently, was acclimatized by settlers from the Earth. After that it grew rapidly, and war conflicts finally touched up the system. Peace was restored, and Galactic High Council decided to promulgate the Galactic Charter to prevent the recurrence of such events. Play Dominium online!

Military forces were taken out except elite security forces, generally members of galactic orders. The most prestigious of these orders, Galactic New Round Table, assigned you a rank of Knight, and the Grand Master of the Order gave your a first mission. It will take place on Dominium. This system threatened by a belligerent neighbor has required a military observer.

Upon your arrival after long journey in hibernation box, you were met by Selena of Antioch, Regent of Dominium. She tells you that she refused the ultimatum of her neighbor, who want to conquer Dominium. So, you have to rely on yourself and resources to defeat Dominium Baron, because your general forces are too remote to help you. Selena is grateful to your decision, and she gives you carte blanche to organize the defense of Dominium, because your starting human and material resources are very limited.

The game flows as real-time strategy. Starting with factory, you should build units to examine neighbor lands covered by Fog of War. Finding resources such as gold mines or energy deposits, you should collect them, and build more units or fill them with fuel. The map representing fields, mountains and seas, is covered with a hexagonal grid. To move unit you should point it and destination cell. After that your units are moving between cells with real-time delay, exhausting fuel points per turn. There are 8 units: Jeep, Armor, WB Carrier, Fighter, Frigate, Cruiser, Stell Cargo, and Factory. Each unit is defined by 8 parameters: Speed, Range, Fire, Shield, Tank, Radar, Capacity, and Crew. The values of parameters, which may be increased and decreased also, define the cost of unit. Advisers and Selena will contact you during gameplay and inform you on different strategical events out of your sight.

Finishing the level, 4 digits stellar code is given to you. Such level may be accessed by this code from main menu. The overall game progress may be also saved to file to be loaded later.

The game may be played by single player or by two players via cable. In two players mode may be 2 Barons or none of them.

You can play Dominium online here, in web browser for free!