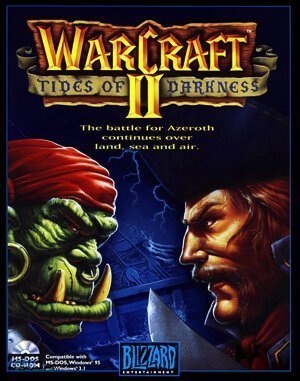 The bloody war between people and orcs can begin …

The game comes with many new features such as fighting not only over land but also over sea and air, SVGA 640×480 resolution graphics with many newly-rendered buildings and units, multiplayer-support with up to eight players, as well as a Red Book audio soundtrack, and a scenario editor that allows players to design and create their own scenarios. The editor requires Windows 3.1 or greater, even though WarCraft II is a DOS-based game.

You can play WarCraft II: Tides of Darkness online here, for free! 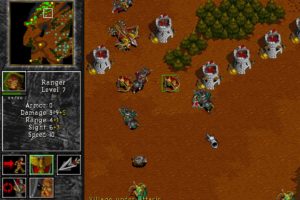 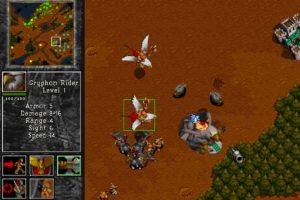 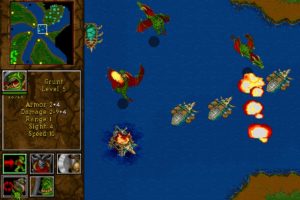 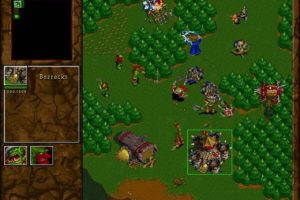 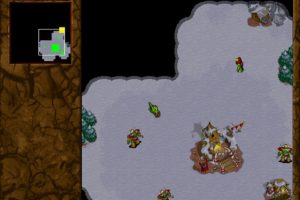