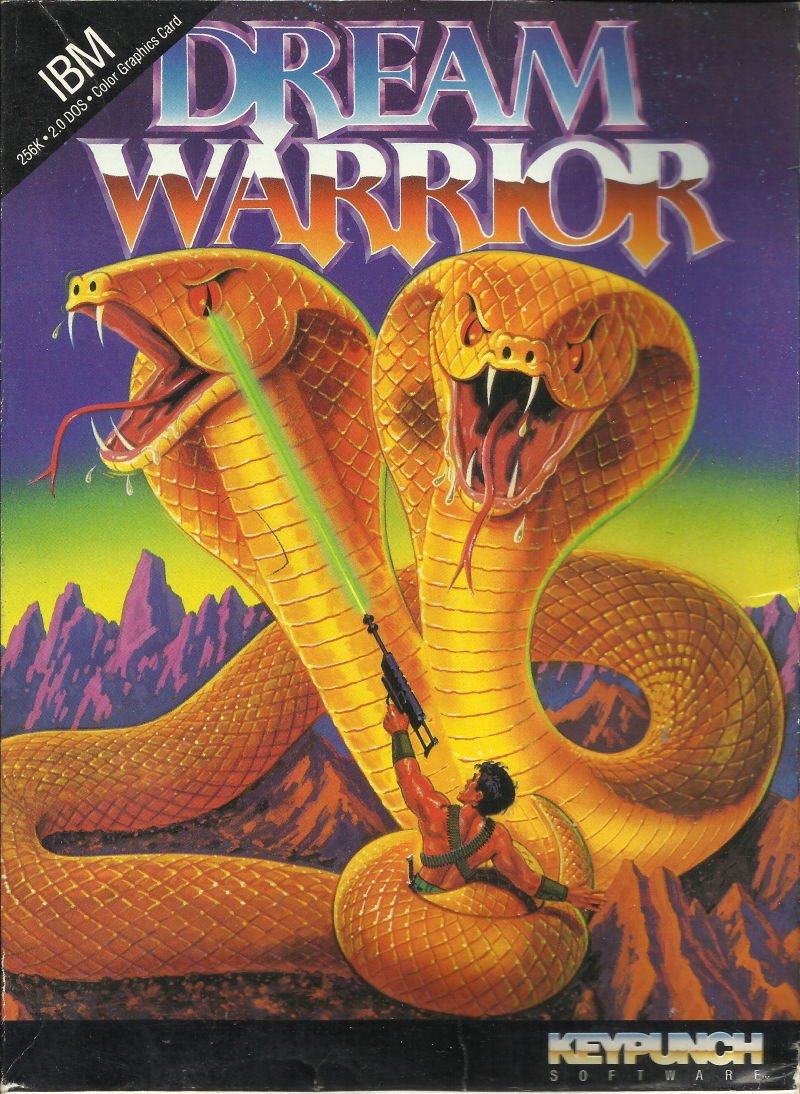 When you have nothing to do on long weekends, then play Dream Warrior released by Keypunch Software, Inc. in the year 1989. It is a Action game that will make you eat your nails. Enjoy playing it here.

The game is magnificent by cyberpunky story, but, unfortunately, almost ruined by bad implementation.

In the relatively near future the world is ruled by a cruel and horrible mega-corporations who are using technology beyond our understanding, control people's minds and lead each other the war in the mental, not the physical world. Some people have very stable state of mind, so to subdue these individuals used mental demons. However, resistance still exists. Your hero – one of the most mentally strong people in the Resistance, whose task is to rescue his fellow scientists approached the unlocking technology corporations from the Eyepiece, the worst mental demons, who six eyes.

The point of games – shooter game, you need to consistently clean the screens of the monsters and collect bonuses. Unfortunately, to say something good about the gameplay is hard enough: the management is not the best, the enemies are quite similar, the gameplay is dull, and the game itself is full of all sorts of bugs. The main complaint at the time of the Dream Warrior was to her chart: it should be recognized that for 1989 so pale CGA-palette and such blurred colors – it's still not very good, some games 1985 look much prettier.

However, it is impossible not to admit that the game has sort of its own, very special atmosphere, and sometimes even think about, and not specially if it was done that way. Action even the plot of the game takes place in a dream world, so perhaps the image should be is not entirely clear. The verdict to make very difficult. It is in any case not even an average game, but still not quite so bad, not deserving of such harsh criticism, which once collapsed. Recommended for study in the first place lovers of unusual and unrated games, and as an example of what a failed implementation of interesting ideas in the game happened at any period of its history.

Relive your old memories by playing Dream Warrior free and online on your browser now.