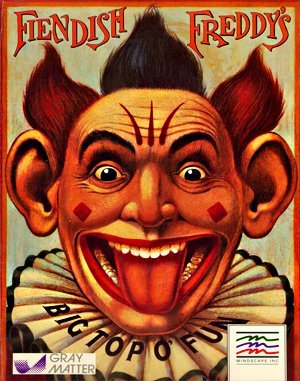 The Big Top O’ Fun circus is in deep trouble: due tonight is the payment of a $10.000 loan to the Big Greedy Bank. The evening’s performance must bring in that money or the circus will be seized. The bank does not play fair, though: they send the evil clown Fiendish Freddy to sabotage the acts. Play Fiendish Freddy’s Big Top O’ Fun online!

The performance consists of six different events. There is a practice mode for single events, and up to five players can compete in the full game, but must reach the $10.000 on their own, not together. The money is awarded by a jury after each act.