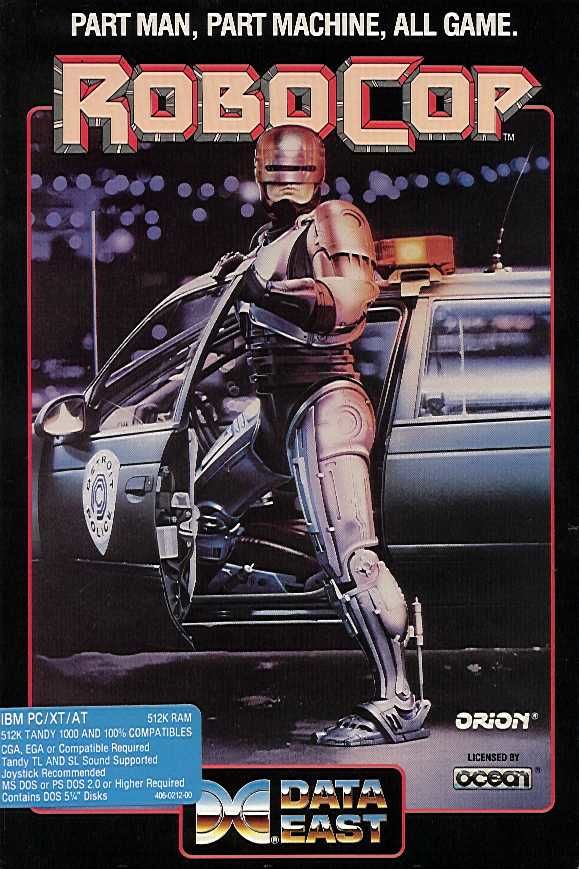 A very interesting DOS game was released by Data East Corporation in the year 1989. The game was called RoboCop. You can now play it online.

The iconic arcade game is a cult film Thriller. Please note – the film was released in 1987, the game – two years later (at least on PC). Not now when the game is released "for n days before the premiere of"...

Not too distant future – the world of cyberpunk and corporate power and gangster syndicates. The glorious city of Detroit, the automotive capital of the USA turned into a criminal. Organized crime has crossed all limits. A little more – and the city will be ruled by the gang. And why not... earn? Probably, reasoned the "good" with terrible mega-Corporation called O. C. P., who decides to make a police robot – the perfect (and expensive) weapons to fight the evil on the streets. And just got a Guinea pig – an honest COP Alex Murphy who was killed while on duty on the streets of a major crime boss Clarence Boddicker. By placing the head of Murphy in the robot body and erasing his memory, the Corporation introduced the desperate authorities in the doomed city new word of the law and order in crime-fighting – invincible Robot COP, Robocop. She did not consider only one thing – Murphy has not lost the ability to feel, and the memory gradually returns to him, and he begins his own investigation – and his murder, and the situation in Detroit...

Partly repeating, and partly supplementing the plot of the movie, this game is a very beautiful, atmospheric, moderately difficult and very interesting, but, alas, too "standard" arcade game with a side view. That is, we pass the levels, kill enemies, collect powerups to restore your health and ammunition. Interesting point: because Robocop is a humane police officer, he never shot an unarmed man, even if he and the bandit - with these you can fight only with his hands. And at the end of the game you can still shoot with the first person.

Graphically, for its time, the game just looks great, in 1989, after all, and suddenly – such a bright and beautiful graphics. And let the game in the genre, nothing particularly new and does not bring to explore it is, without a doubt, every fan of the old platformer.

Not sure how to pass your time, why not play our classic videogame RoboCop online? And the best part, it is for free!