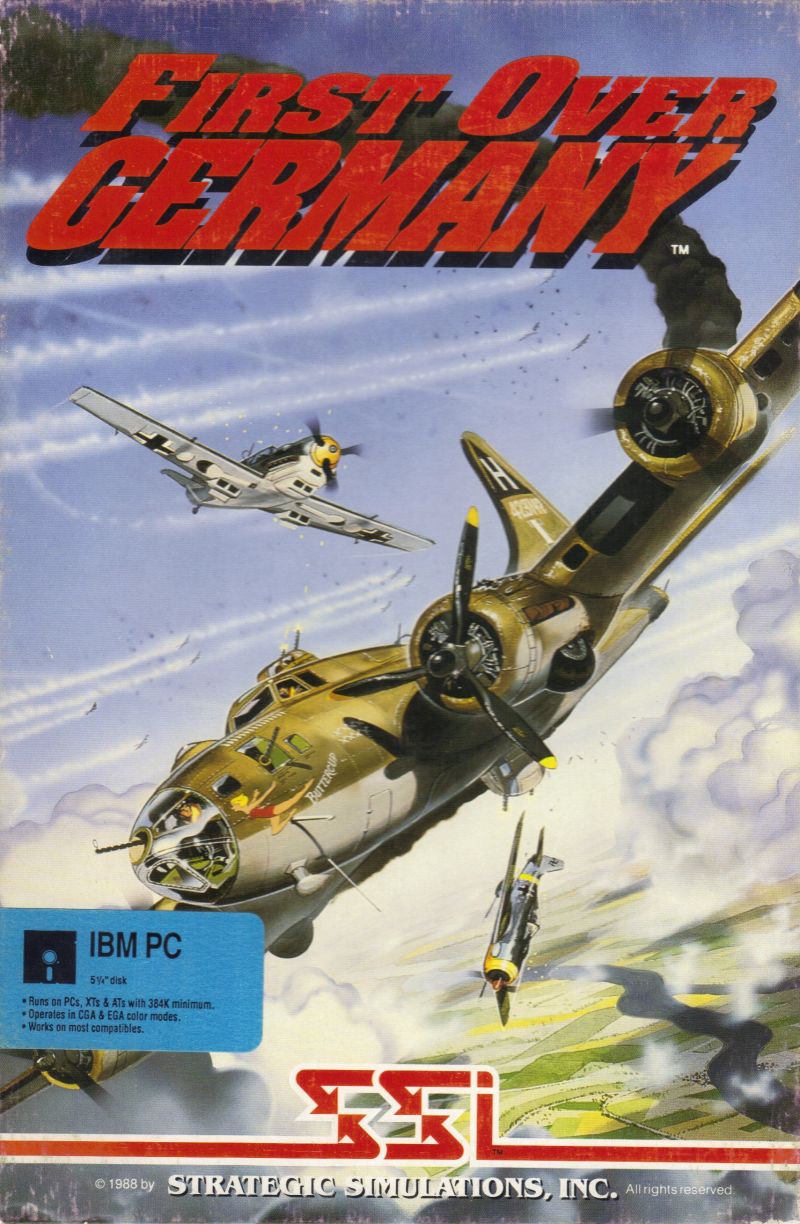 In 1989, First over Germany was released by Strategic Simulations, Inc. with a very interesting Vehicular Combat Simulator. This you can now play online.

"Tactical" simulator the bomber of the Allied forces operating in the skies over Germany; the action takes place in 1942 during the Second world war and the beginning of (yet not too massive) the bombing of the territory of the Third Reich allied aircraft.

The game is clearly made under the influence of B-24 Combat Simulator and aspire to maximum realism of what is happening. Missions only twenty-five but in front of them will pass the impressive gravity training aircraft control, primarily – take-off and landing, as well as action together with other aircraft, the control link, the bombing of specific targets.

But, fortunately or unfortunately, the management plane (mission) here implemented is not too difficult, therefore, to call the game truly "hardcore" in any case it is impossible – sometimes she's even approaching the arcade flyer (!), though quite unusual. The default view is from above (the plane depicted very schematically), and the lower part of the screen is the dashboard. In the case of nearby enemy aircraft, the game goes into first-person mode, and at the bottom a message appears indicating exactly where the enemy is (entirely on the "jargon" of military pilots, so don't be surprised by the words of the "Messer" "three hours"!). At this moment the enemy you have to shoot, using, in General, only one button and not forgetting to Dodge his attacks.

Graphically, the game looks, say, medium, but with the announce of its subgenre – a valid (though whether it is this sub-genre is another question). Overall – not bad and quite amusing with its unusual game, but still to "war-game-simulation" it is irrelevant.