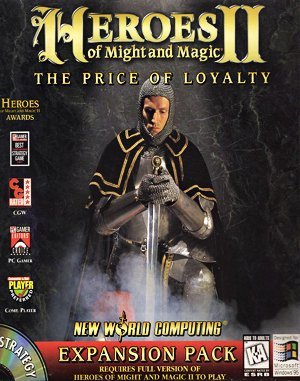 Heroes of Might and Magic II: The Price of Loyalty

The Price of Loyalty is the expansion pack for Heroes II, released in 1997. Development of the expansion was contracted to Cyberlore Studios. The expansion adds four new campaigns, new artifacts, new creatures, new scenario maps, new in-map buildings and an improved map editor. The expansion also added a new structure for the necromancer faction – the shrine which enhances the heroes ability to raise the dead.