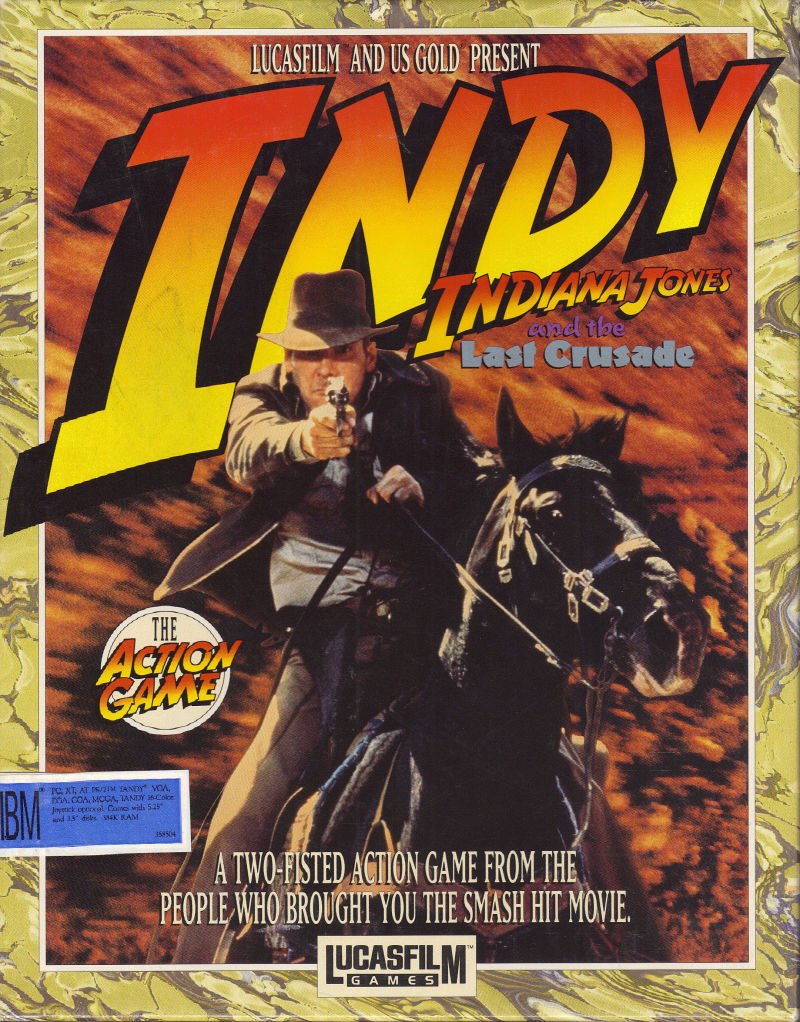 Indiana Jones and the Last Crusade: The Graphic Adventure was launched by LucasArts in the year 1989 which was loved by all old and young. It’s an interesting DOS game and can be played online by clicking here.

Indiana Jones and the Last Crusade: The Graphic Adventure description

"Indiana Jones and the Last Crusade" on all indicators is the perfect adventure on the famous movie. If someone is not aware of what was Indie in the final part of the *original* trilogy, I will briefly outline its plot. A famous adventurer, archaeologist and Professor Indiana Jones learns that a man was at a distance of several steps away from uncovering secrets of the Holy Grail. As we found out, it was his father, who all his life devoted to find this bowl. The matter is complicated by the fact that Europe is about to begin the war, and Hitler to implement his evil plans will come in very handy person who can get him this precious vessel. Dr. Jones finds that his father is captured by Nazi and he sets off to Europe. For father, new adventures and the Holy Grail.

At first it seems that the game is almost indistinguishable from the original. Here Dr. Jones returns to the University, says Marcus, is running away from annoying students, visits the destroyed house of the father... Yes, the vast majority of locations in the game are recognizable, but there were no mindless copying - which is why in Venice have long enough to wander between the bookshelves in search of useful guides, and that is why the castle, the eyeballs full of Nazis, is perhaps the longest stage of the game. There were, however, without some losses: alas, one of the most breathtaking scenes from the movie in the game is not horrible, and the plot of the Last Crusade was somewhat crumpled. Those who pass the game to the end, will certainly understand what I'm talking about. To the design locations, there are no issues. Colorful, just great original details of the interiors (including the "Easter eggs" from the creators who put in a lot of references to their other projects) – for adventure this is the standard below which no one was going to fall.

However, the "Indiana Jones" is not a simple quest – the developers added a few arcade elements. Let's start with the fact that we don't always have to travel on colorful flat backdrop with a view from the side: sometimes have to roam the dark caves and corridors in the future, top-down. And if in the first case, the challenge is trivial to exit the intricacies of the underground workings, in the second it comes to elements... stealth. However, Last Crusade would be a great quest, if forced the player to act in a certain way: to explain to you what is *really* non-linear (!!!) adventure game, give a simple but illustrative example.

Suppose you walk along the corridor of the Nazi castle. Travel feature on it is that Indy does not see what is happening around the corner. Two options: either you keep track of the time when you see a guard, and then run behind him, or caught him in the legs and... no, not game over. And an even greater number of options. With an hour to talk to. Moreover, the options of replicas Jones depends on what he's wearing (!). So, the owner of wide-brimmed hats are unlikely to make their way to the top of the castle. The servants will be allowed to walk through first, maybe second floor, and then it probably will bite an SS officer. The same officer can go almost anywhere, the main thing is to choose replicas. Unfortunately, guess who from watch miss Indiana, prestigieuses own unpolished shoes, and who will be left alone just because an archaeologist will declare to him that came in their part of verification, positively impossible, and largely in these episodes have to rely on luck and the method of scientific spear. However, all the soldiers from the game in the game react to the same replica set, which is good, because otherwise every new passage would promise a large number of operations save/load. The fact that something in the game does not have a permanent location, so finding these objects you will need. The last and most primitive solution to the Nazi *issues* in the above example would be melee. Pressing keys on the keypad and controlling the movements of Jones unpretentious arcade scene of the brawl with the enemy, keep in mind that some enemies are extremely strong, and Indiana your health over time does not recover. First aid kit, of course, the game is, but in a single instance, and all the Fritz it won't cut it.

You will have to take my word that Indiana Jones and the Last Crusade: The Graphic Adventure is one of the most interesting, exciting and non-linear quests in video game history. However, if you do not believe me, see for yourself. Do this at least in order to hear local music. You will not regret it – it is exactly.

Relive your old memories by playing Indiana Jones and the Last Crusade: The Graphic Adventure free and online on your browser now.