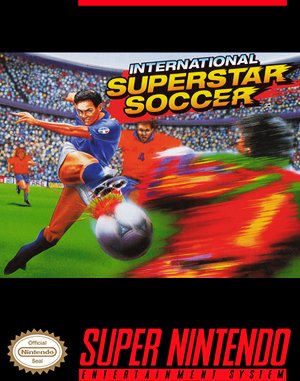 ISS Deluxe has realistic animations and player sprites. You can compete with 36 national teams with recognizable celebrity players (like Valderrama, Baggio, Ravanelli, Petkov…), but their names are fictitious. You can choose too from 16 formations and 8 strategies to win.