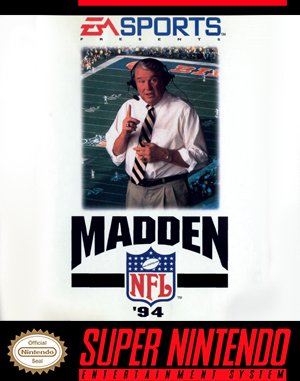 Click here to play Madden NFL ’94 online
4.4 /5
Madden NFL '94 is the sixth game of the Madden NFL Franchise chronologically and introduced play-call mode, pass-catch mode, the bluff play, and the ability to flip the selected play.

You can play these teams in a regular exhibition game or sudden death overtime game, or take the 1993 teams through an entire season. You can also enter the playoffs with the 1993 teams, the Super Bowl champions, or the All Star franchise teams. Unlike many other sports games, saving a season is done by password rather than by storing the data into a saved game.