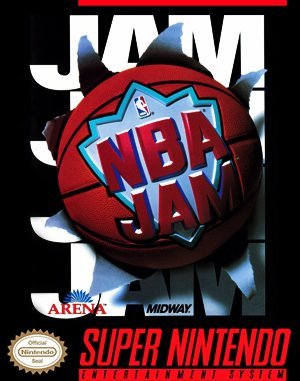 Click here to play NBA Jam online
4.6 /5
NBA Jam is an arcade basketball game developed by Midway in 1993. It gained fame for its rules-light take on basketball, its iconic announcer, and mysterious hidden characters.

NBA Jam is a two-on-two basketball game You can play any NBA team, and you can play as players like Barkley, Starks, Pippen, and Grant. Each human player controls a single player, so choose your squad wisely to take team-mate skill into account. The game is action-oriented, and players can perform unrealistic slam-dunks. Full performance statistics are automatically recorded. The play clock and 3-point line apply, but other rules are largely overlooked. Play NBA Jam online!