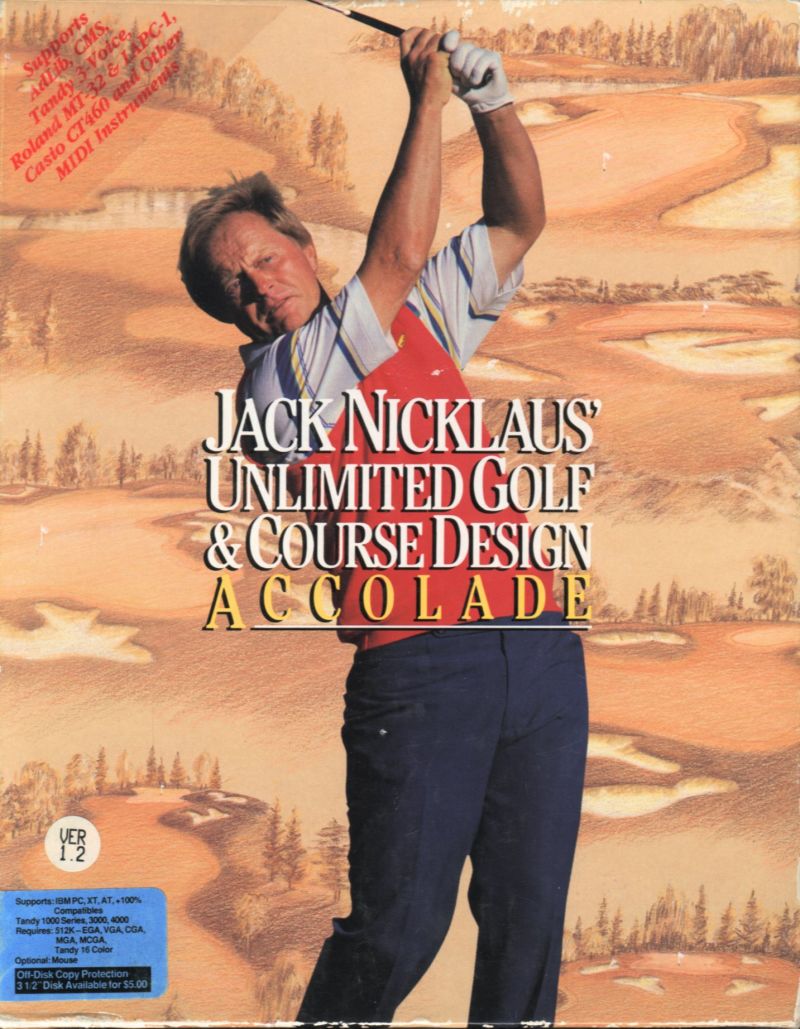 Jack Nicklaus' Unlimited Golf & Course Design, a DOS game was released by the very talented group Sculptured Software, Inc. in 1990. Little did they know that they will end up making history. Play this game again here.

The second (if we take it full games, not additions in the form of private lawns) part in a series of computer Golf simulators, released under license and the idea of the famous golfer Jack Nicklaus.

Changed game modes: now this is a memorial Championships and "road bear" (Jack during a career had the nickname "the Golden bear"), but the lawns still eighteen, and they actually are the same as in the previous game. The control circuit in three clicks also remains the same: focusing on the position of the hole, the force of the wind, if it is, select the amount of swing of the putter, the force of impact and, if I may say so, the precision, that is, the angle of inclination of the putter, then watch (including different angles), what happened.

If the essence of the gameplay remains the same, the graphics have just improved dramatically, although the first game was good: now this VGA with 256 colors. Among other innovations - a topographical grid map of the lawn that are available for viewing, allowing to determine the surface roughness, which is often important before carrying out a cob, and support the control with the mouse. The default third person behind-side.

All in all - still great and even better than last time, although we have to admit that the changes are mostly "cosmetic".

Do you want to relive your memories and play Jack Nicklaus’ Unlimited Golf & Course Design online in your browser? Play it now for free.