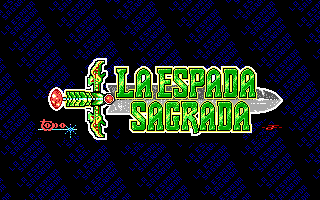 Our dream finally came true! Note – only once in the history of the games you are given the opportunity to play for a real Indian since the European colonization of South America, Yes not aby what, and the Atahualpa, crown Prince of Tawantinsuyu – the Inca Empire. His task is to find an ancient Holy sword that can help to protect the country. To do this he had to go into the wild and unexplored jungle full of horrible and fantastic dangers.

The game is divided into three large levels (which must necessarily take place successively). The first two (distinguished mainly by design) is devoted to the search of the sword, the third (if you already found the sword) – the real beat-em-up, where we need to fight through this very sword with serious enemies. The gameplay is also different: the first two levels of the battle, of course, is, though very amusing, but much more time has to be spent on jumping and simple solution to the mysteries; on the third level we will find a smooth landscape, many lives (whereas in the first two – the only indicator of health) and major opponents-people (informed people among enemies was not) – however, it is not the Spaniards (who will see).

Each screen (not even the level – screen) of the game is very interesting in design and deserves attention here perfectly captured the atmosphere of a dense tropical jungle full of secrets and traps. Enemies and weapons deserve no less praise – where else would they give us the ability to destroy plant-eating (with noses!) through a dart tube? By the way, not all can be killed at all: for example, the giant bats attack themselves, so will have to fight, and those Scorpions quite really and bypass.

Graphics in the game that should already be clear, and lovely: her, maybe you could even call it fun (note the nose of the main character and an indicator of health), but the key overall tension as it is impossible. The backgrounds are well drawn just perfectly (despite the gloom). Verdict – another unfairly forgotten platforming, challenging, and fascinating, and one more gift to fans to torture your fingers.

PS: the Game is in Spanish, but text in it.