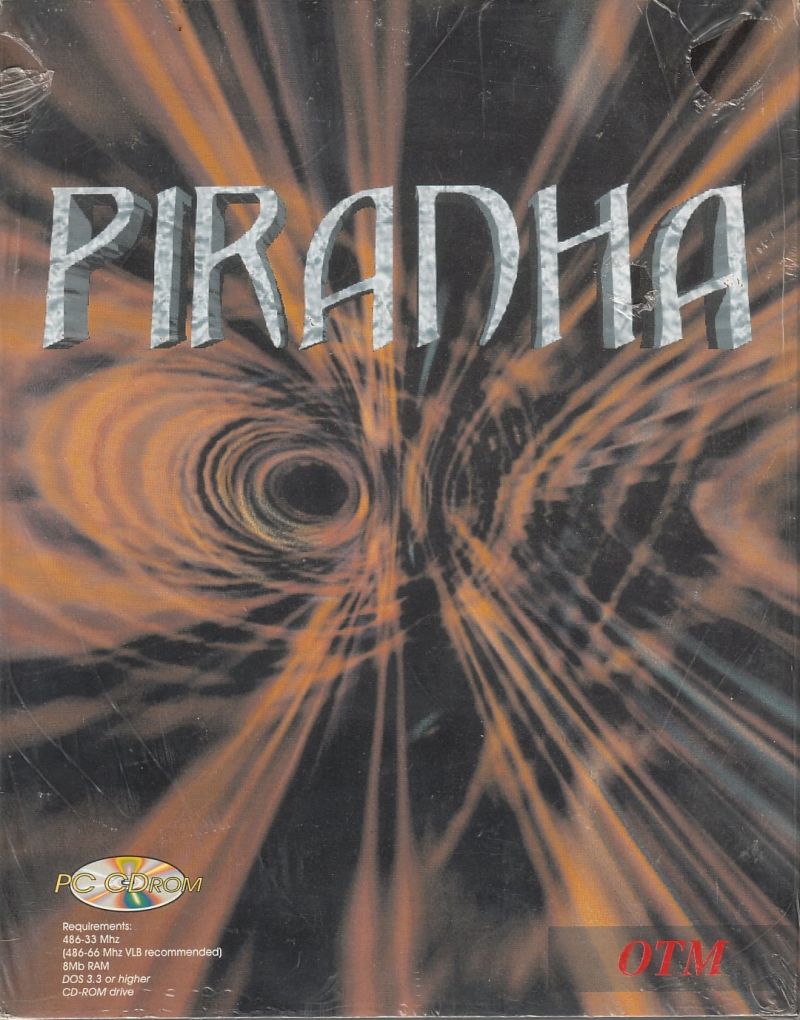 Piranha, a DOS game was released by the very talented group D-Designs in 1996. Little did they know that they will end up making history. Play this game again here.

Narrow section of space somewhere in the impenetrable depths of the cosmos. Tiny spacecraft equipped with a pair of low power lasers. And terrifying steel-gray mass of uniformly rotating asteroid, floating in so dangerously close to the fragile shell of the starship... the Idea is that most players are known since the famous Asteroids, finds a new incarnation in the Piranha project, which, rooted in the distant past, able, nevertheless, to deliver you genuine pleasure dozens of interesting features and high quality performance.

If it happens so that you are not familiar with the Asteroids-like game, briefly outline for you the situation: driving a small ship, you must destroy giant space rocks, simultaneously in all possible ways avoiding collision with them. The difficulty is that large asteroids after your attacks split into smaller ones – into smaller, and so as long as they are not will only have a handful of dust. Of course, with the advent of each new small shard to protect yourself from the crash is becoming harder and harder, so a crucial role in this process is played by your reaction and the ability to assess the situation on the "battlefield". And to fly away from danger away, too, does not cross any edge of the screen, you immediately find yourself on the opposite side of it. So it only remains to fight to the bitter.

In addition to great graphics and never gets boring musical accompaniment, Piranha boasts an interesting bonus system. After the destruction of some of the pieces in their place for a few seconds there are a variety of prizes. They all serve in various ways to make your life easier. Some blow everything on the screen, and other produce in all directions the foremost powerful charges. And there are those that add to your account some points of some kind. These points can be spent in the store, access to which is given every few levels. And that's how you dispose of earned capital, your success in the future. You can, for example, to buy extra attempts to be able to continue the game after an accidental death. And you can purchase one of a dozen new types of weapons or, equally important, to increase the firing speed and the radius of the already existing guns. So that each level of play is getting better and better.

Over time, to help the asteroid will come much more interesting and dangerous opponents. At first it will be harmless ships of unusual form, flying back and forth for no particular purpose. Then they will be replaced by much more aggressive studded balls, trying to hurt you already and can withstand a lot more direct hits. In company with them will appear invulnerable (!) tools with which to do anything will not work – except to keep to move around, avoiding the shots. And from time to time Piranha will delight you and these bosses, victory over which a brave pilot is waiting for a truly Royal reward!

Finally, we must not forget that to fulfil the honourable mission to destroy the asteroid simultaneously, and two, even three players at one computer. And if you fight with a soulless stones are tired, you can try your hand at a friendly match in a small arena. So if you are looking for a fun way to spend your free time, Piranha – your choice.

Play your favorite childhood game Piranha online in your browser for free here.