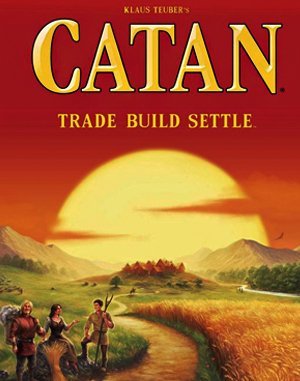 Settlers of Catan is a popular turn-based strategy game for MS-DOS. Licensed in the U.S. by Mayfair Games, Settlers was launched in 1995 by German board-game maker Klaus Teuber. Mr. Teuber created 19 hexagonal cardboard tiles that are arranged to form an island. The game involves rolling dice to gather resource cards from the island, such as sheep, brick, ore, wheat and wood. Those cards are then used to build settlements and cities, which are each equivalent to one or two points. The first player to score 10 points wins. Play Settlers of Catan online!

You can play Settlers of Catano online here, in web browser for free!