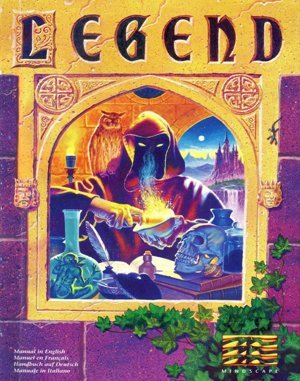 The Four Crystals of Trazere

The party moves from location to location on a strategic map avoiding (or ambushing) enemy patrols and armies while trying to find the clues and items they need in isometric dungeons and cities. The game also features an intricate magic system that lets players design and customize spells.