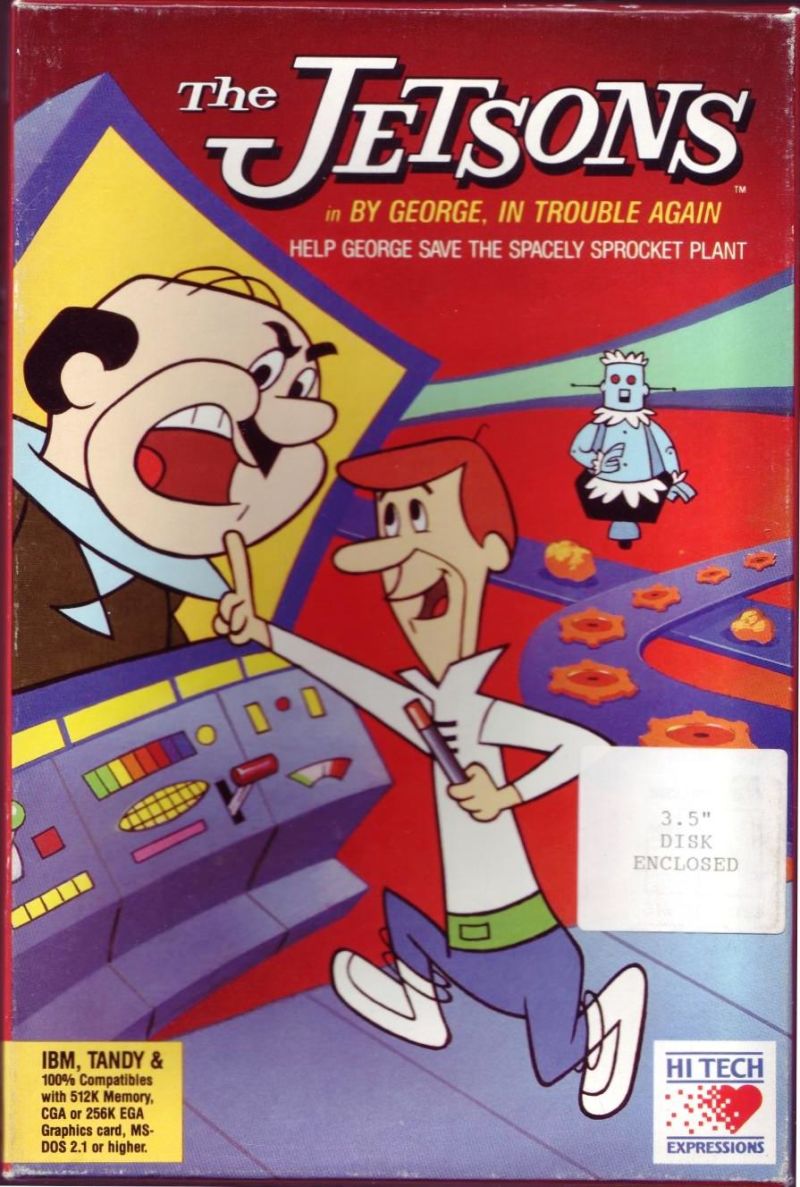 Click here to play The Jetsons in “By George, in Trouble Again” online
5 /5

Hi-Tech Expressions, Inc. developed a Puzzle elements game in the year 1990 called The Jetsons in "By George, in Trouble Again". You can play it online now.

The Jetsons in “By George, in Trouble Again” description

Children's hand-drawn arcade game based on the comic of the animated series of the 1960-ies about the Jetsons – an ordinary American family, living in the near future.

The game's plot is based on a series of robots manufactured at the plant of Mr. Spacely, boss George, the head of the family, rebelled and seized a large part of the plant, and stop them cutting off the electricity, can now only George (as the silly employee who is not afraid of them).

You can play as the George and his son Elroy, the home robotics Rosie can only sometimes help. The essence of the gameplay – avoiding hostile robots (fights in the game), as well as various jumping, crawling and other things. George has three "life" (in the game they named days), if you lose all the level will have to replay. Also, each level has a time limit – on screen there is a strip of energy, which is constantly decreasing; if it disappears, and the level does fail, you will also have to replay.

However, to be difficult local obstacles can develop in children, for which, apparently, the game was done, because it is so simple arcade game rare. Graphically, the game looks almost like the original cartoon – that is bright, colorful and attractive, the office is also very simple. Verdict: for kids – great for everyone else – strictly optional, as it is rather a collector's interest.

Now, play The Jetsons in “By George, in Trouble Again” online for free on your browser and make your boring weekend fun and full of entertainment.

Click here to play The Jetsons in “By George, in Trouble Again” online
Rating breakdown