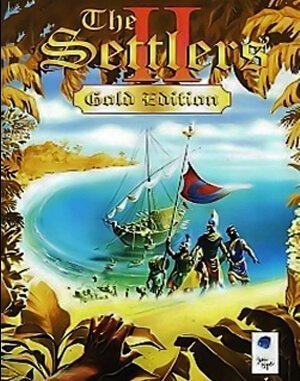 Click here to play The Settlers II Gold Edition online
4.5 /5
Build your kingdom with the help of hunters, soldiers, shipbuilders and more at your command. Develop elaborate settlements from a variety of over 25 different building types. Face the challenge of 49 different maps or use the easy-to-use map editor to create your own additional new worlds with dense forests, mighty volcanoes, vast mountains and more.

The Settlers II is a real-time strategy game in which the primary goal on each map is to build a settlement with a functioning economy, producing sufficient military units so as to conquer rival territories, ultimately gaining control of either the entire map, or a certain predetermined section of it. Play Settlers 2 Gold Edition online!

The game can be played in one of two modes; “Campaign” or “Free Game”. In the single-player-only Campaign mode, the player must complete a series of missions, the goal of each of which is to defeat the computer controlled opponent or opponents by gaining possession of the territory in which the mission objective is located. In the original release of the game, there were ten missions, with the player only able to control the Romans. The Mission CD expansion added a new campaign of nine missions, with the player once again confined to controlling the Romans.

You can play Settlers 2 Gold Edition online here, in web browser, for free!