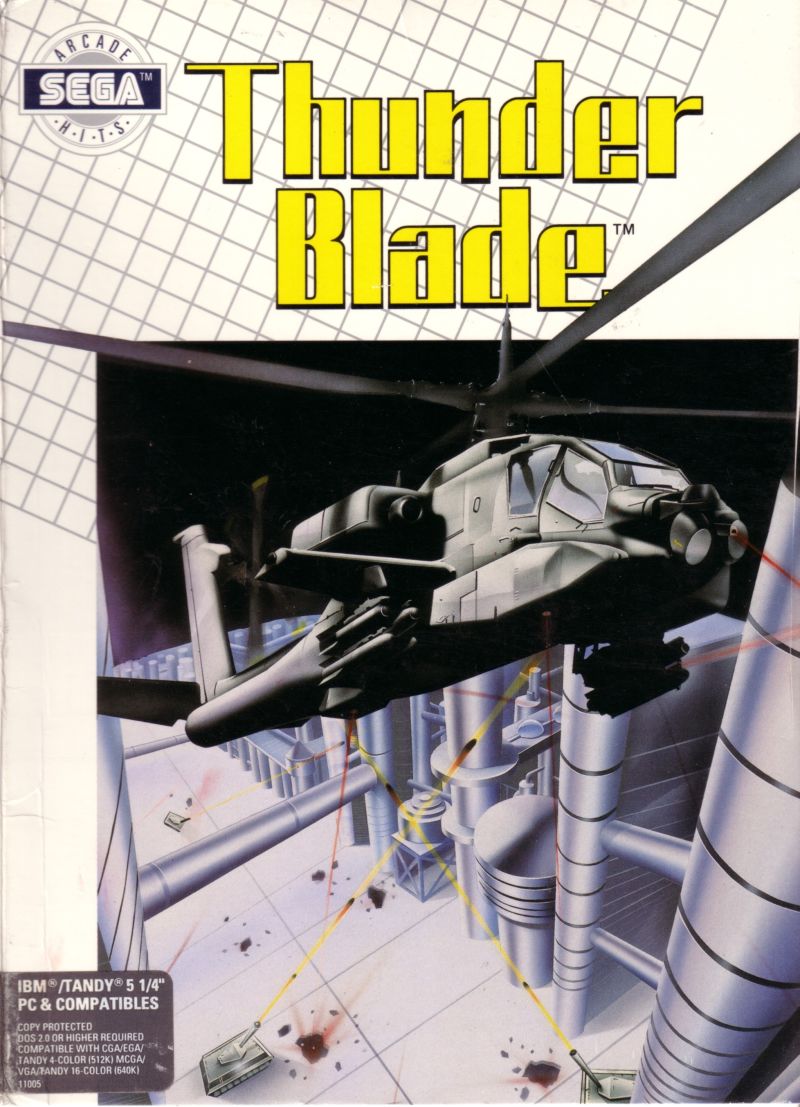 In 1989, a DOS game was released by SEGA Enterprises Ltd.. The game was called Thunder Blade and belongs to Action genre. Play it online by clicking here.

Helicopter arcade game, the plot – it is necessary to defeat a dictator.

Many levels, but much more interesting is the fact that the game has three game modes. In the first – type top, our enemies – the only tanks on earth that shoot at us. To be able to destroy them, you need to lower the helicopter below. But since the action takes place in the city, we must not forget to lift the helicopter, when flying near skyscrapers, or can they crash and break.

The second mode is almost the same – the view is from above but beneath us – not the city, and the deck of an aircraft carrier from enemy aircraft that could bomb before they rise into the air. The most interesting – the third mode: here the third person in the back, and in full 3D: once again we're flying through the city beneath us – again, tanks to destroy where you need to lower the car, but there is still enemy planes and helicopters, this mode is the most difficult.

Looks good graphically (but without frills). Recommended to fans of old fly – this game is bright, though half-forgotten classic example of the subgenre.

Now, play Thunder Blade online for free on your browser and make your boring weekend fun and full of entertainment.