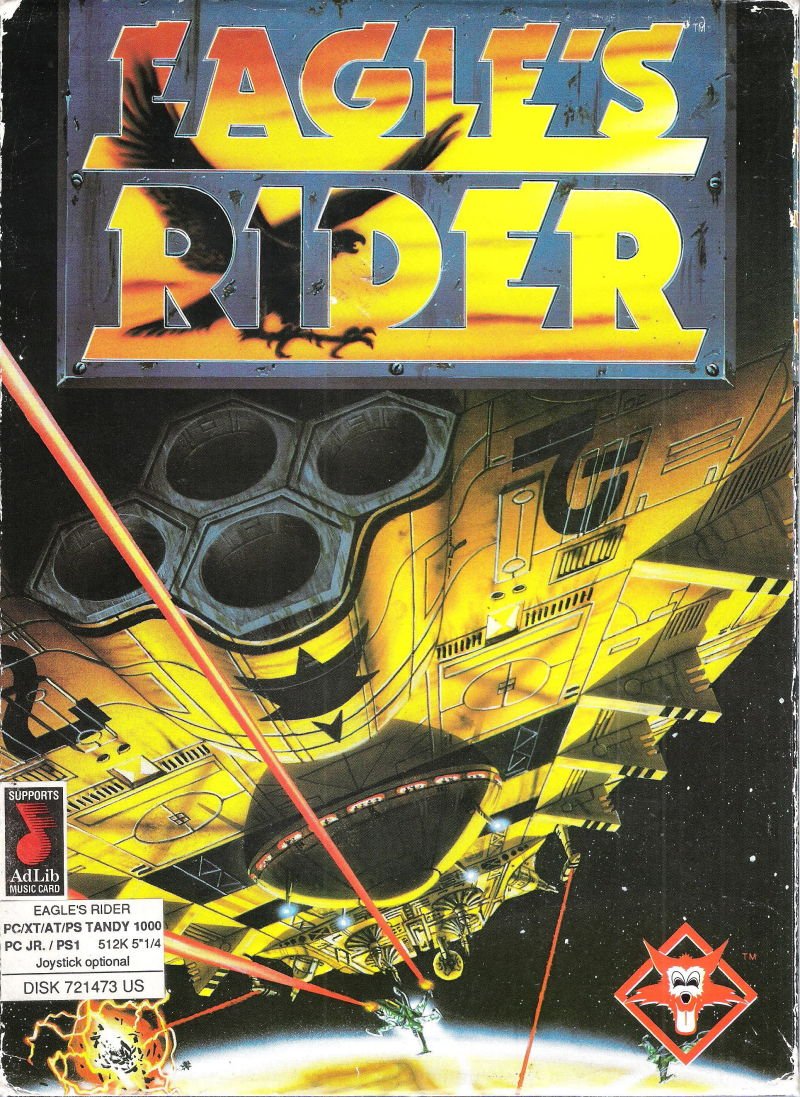 Eagle's Rider, a Behind view perspective game was developed by Microïds in the year 1991. The Arcade is so rewarding that you will thank us later. Play it online now.

Old space combat simulator with an unusual view – the third person in the back, not very detailed, but still a bit challenge line separating arcade game-fly from the arcade simulator.

You play for "free pilot" Steve Jordan, plowing in the distant future the Universe on the spaceship Eagle. The future, as you might guess, is bleak – the entire Universe (!) captured the terrifying cyborgs that turned humans and other biological life forms in slavery. And our pilot's goal was to overthrow their tyranny, and for that he needs to find the home planet of the cyborgs and destroy it.

In space we can expect several types of objects. Energy crystals you need to collect bonuses to restore "vitality" of the ship (other bonuses, apparently not). Two types of enemy objects – asteroids (with them nothing can be done – only to leave from collision) and space fighters cyborgs (but they have to fight). That is, it would seem, arcade arcade.

So, probably, as a whole is, but there is another type of objects – human space station. This colony of rebels fighting against the cyborgs on their own. Contact the crew of this station, you can engage him in a conversation with the purpose of obtaining information, namely the coordinates (at least the approximate level of the sector) of the planet of cyborgs. But remember that, first, each station with different technical capabilities, and therefore the degree of accuracy of the message is different, secondly, some are so do not trust strangers that can deliberately give you false coordinates. Despicable, Yes, but it brings a curious affair – it would, perhaps, not so interesting.

Overall very positive impression of the game complements the beautiful graphics, which even has hints of special effects, and dynamic space battles. Recommended to all lovers of "simple" of the old simulators.

Have you ever wondered what kind of video games were played in the good old days? Try playing Eagle’s Rider online now and we are sure you will not stop playing again.