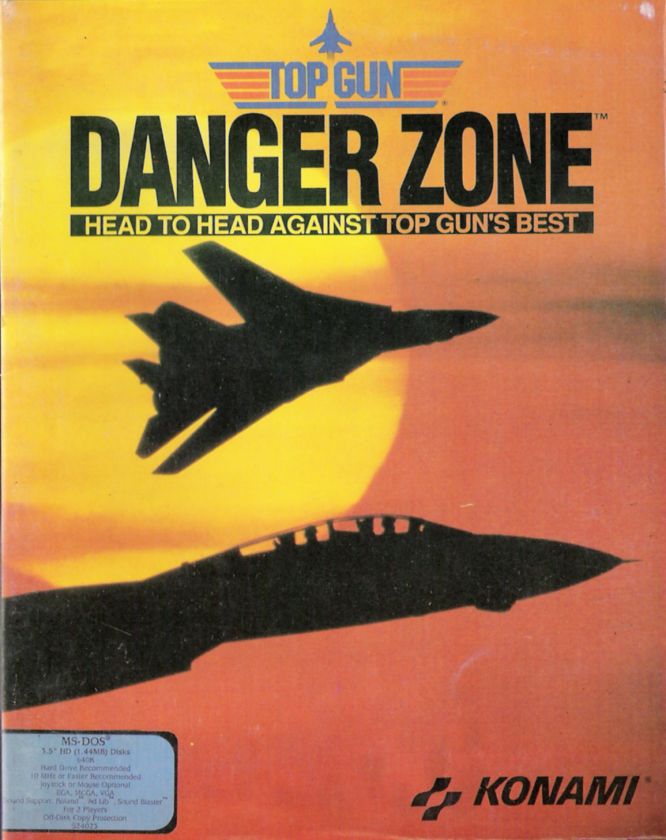 Simulator with RPG elements (!!!) on the same film of 1986 ("top gun"). Is the second game in the series (the first came directly after the movie) and exceeds the first part just in all respects.

The action is known to occur in the troubled middle East. Before the game you can choose one of two aircraft: F-14 where you will have an assistant-operator, and F-18, where the fly will have one (that is an option for more advanced players). Types of just eight missions: patrolling, escort, air support, rescue someone, the actual air battles of different types and so on. After successful completion of a certain number of tasks (for each points) provides the access mode of "competition", where will participate in, apparently, conditional fights with twelve other aces, and the victory in such matches is to give quite a lot of "prestige points", contributing to your career.

Actually, it to increase characteristics of the character mentioned RPG-element and is – but is mostly not "only". After all, the life of a military pilot on an aircraft carrier does not consist only of combat missions – between them, you can talk with other pilots and crew members, you can ask for help from more experienced colleagues (but it will really start to give only after certain tasks), and then, as indirectly noted above, you can even throw other pilots challenge on the contest...

Flight physics in the game is not as realistic as in most other simulators of the time, but it's still not an arcade game, but simply a somewhat simplistic simulation. The game is always first person, have the opportunity to play together on one computer with the split screen.

If you touch the graphics – it is in the game, given its age and genre is just a miracle as well, and this applies not only to the actual missions, but to various "little things": for example, there is excellent hand-drawn insert "officers ' room", briefings before missions is also colorfully decorated; and, of course, the dashboard and the enemy planes also look great (but the landscape is not especially detailed, but from the wilderness and this cannot be required). At least for fans of the movie-the original, the game will be a real gift, and for all fans of the old games – probably too; the game also because of its relative simplicity may be useful for those who want to explore the genre.