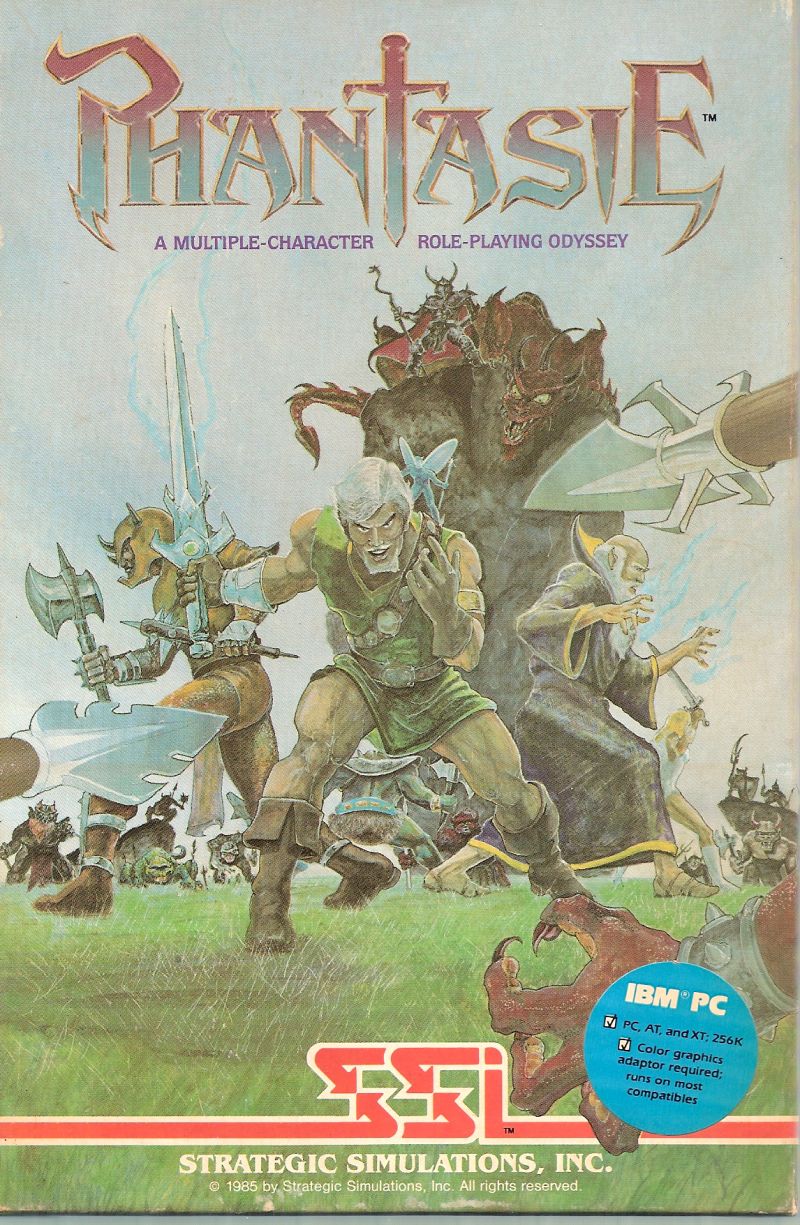 Not a very difficult RPG, ported to the C64 platform.

On the Isle of Gelnor was attacked by the Black knights, setting a brutal regime of government. Your job as the nameless hero is very simple – to kill their leader, Lord and Nikademus'.

To describe this game is hard enough – it's too standard. Play it interesting, but almost nothing remarkable here. Create a party, go to cities, go to the dungeons. In the mode of Stripping the dungeons and travel through the countryside the view from the top. The only really entertaining moment – the possibility (although it would be better to say the need) to put money in the Bank, then if you kill them you had to do it. In fairness it should be noted that we are waiting for the various methods of warfare, spells, monsters, but...

The graphics in the game more than conventional, perhaps, only slightly better than in earlier parts of the series Wizardry. Only a few colors, and it is sometimes very difficult to understand what is happening on the screen (especially in mode of travel). So it is recommended that the game is only the biggest and most loyal fans of old RPGs.

Play your all-time favorite Phantasie free on your browser here.