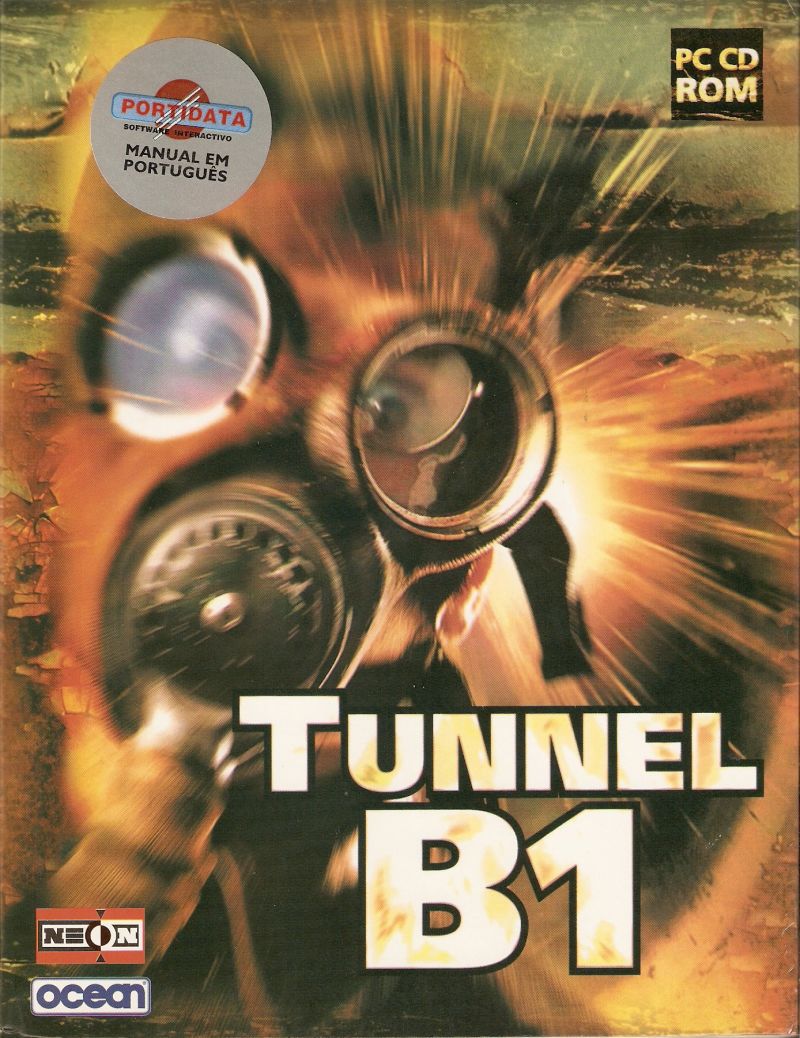 A Action game, Tunnel B1 was released in 1996 by the famous developed Acclaim Entertainment, Inc.. It is a DOS game and is perfect for all video game lovers.

About this wonderful game, with all huge respect to her, not to write a lot. Is an arcade flying action (but still not arcade!), much like MechWarrior 2. They even came in the same year. But about Descent 2 all know him still remember him still playing (which is good), and Tunnel B1 – almost completely forgotten. But it is not something that is a bit worse in many respects even better!

The plot in this game, apparently not, although some flawed background about the dictator with a superweapon, which in the end must be destroyed, seems to be there. The essence of the gameplay – flying our ship through the tunnels, this word is not in vain in the title of the game – do not expect to see white or some other light. Although perhaps this is not so, but because more than a specific range of the game difficult to understand what is the "ceiling" – the sky or really the "ceiling" of the tunnel. If the sky – that this world is definitely very, very unlucky...

Enemies in these tunnels a lot, almost all of them – also a variety of aerial vehicles, however, there is still a stationary turret (which sometimes is more dangerous moving enemies). Features are two: first, some areas must (that's must) be held for a certain time, and secondly, the enemies here very much, so is it possible to kill all of the question (but to fly away from large crowds too – accurately). Is the ability to find new weapons that important, and nice.

But even the gameplay here is not the main element, to which pay attention, for similar games on the realization of a lot. Graphics – this is what catches the eye first, and then if and releases, very, very long time. Tunnel B1 is a game for DOS. But I can say with a clear certainty that this is in fact the top of the DOS technology (well, let's say, three or four of the later games look better, but at the time – exactly). Full 3D, an incredibly crisp and detailed environment, the total dominance of poisonous green, "acid / toxic" color to draw the tunnels – all to create an atmosphere even more "dense" than in game 2. Here, everything is literally soaked in some "poisonous" cyberpunk, and if we add another truly mad dynamism (especially mid-game), then we get one of the best examples of the genre.

However – now, the game remains in obscurity. And the main reason is – it is much more advanced campaign from MechWarrior 2 and prefixal origin. Today, however, we may well have to look back to the glorious time of the mid-90s, and without any prejudice to appreciate this truly remarkable creation of the era of "late" DOS'a. Don't believe the old crushing articles – just run and see. I am sure that if you are a fan of the series Descent or just a fan of the "air" action'ov, then you just can not please.

Do you want to relive your memories and play Tunnel B1 online in your browser? Play it now for free.