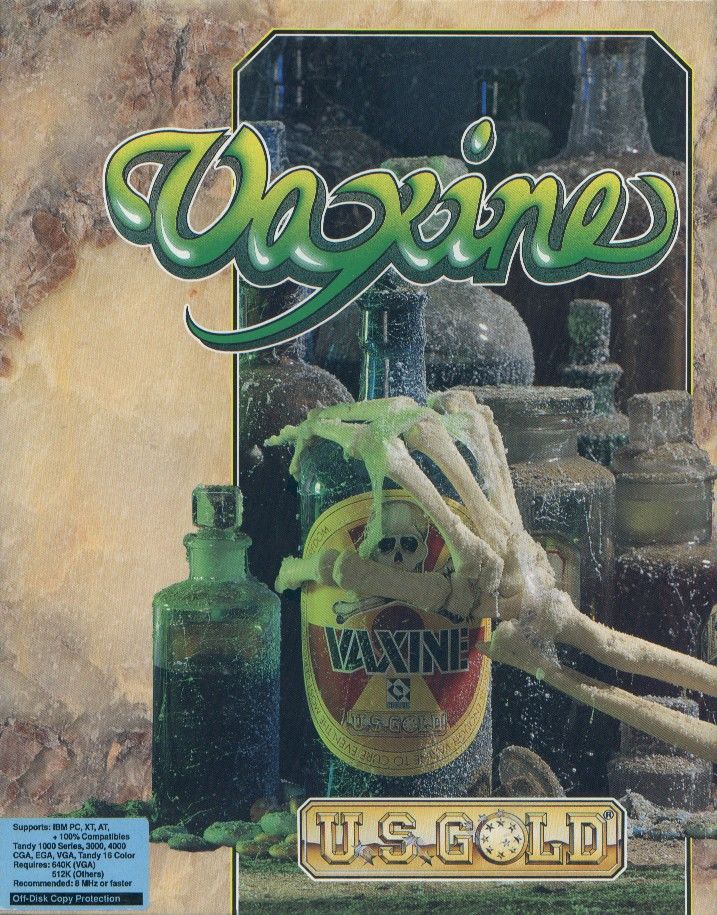 Released in 1991 by The Assembly Line, Vaxine has an excellent Arcade experience. You can play in online now.

Amazing arcade game in which you play a very unusual role of the vaccine in human patients.

The action takes place on pseudo-grid on which the hemisphere is that we must protect. Our enemies – abstract the creation of three colors, which we have to hit our "ammunition." Two problems – first, these creatures (let's call them so, although in reality it's just balls) can unite in very large objects that are difficult to destroy, secondly, to destroy the enemy only if to get in charge of the color in which it is painted.

Added to this is the limitations of each level at a time and very limited ammunition, and a new place to take; and at senior levels will also creatures that multiply new balls. If all "our" hemisphere on the surface of the grid destroyed by the enemy or we have run out of battery some color, and the enemies of this color still left, then we lose. Oh Yes, that's also not the most responsive controls (likely it was originally on the joystick), so to move and aim hard.

The game is in first person, the graphics are objectively beautiful (supports EGA and even VGA!), but to look at anything (except enemies) too much time there. Verdict – one of the most difficult arcade games of my knowledge, is in any case not for entertainment (and Yes, this story does not have), but a true gift for the hardcore players.

Tired of your same old routine, want to add some entertainment and fun element in hour life? Play one of the best videogame Vaxine online now and change your boring oold routine for good.