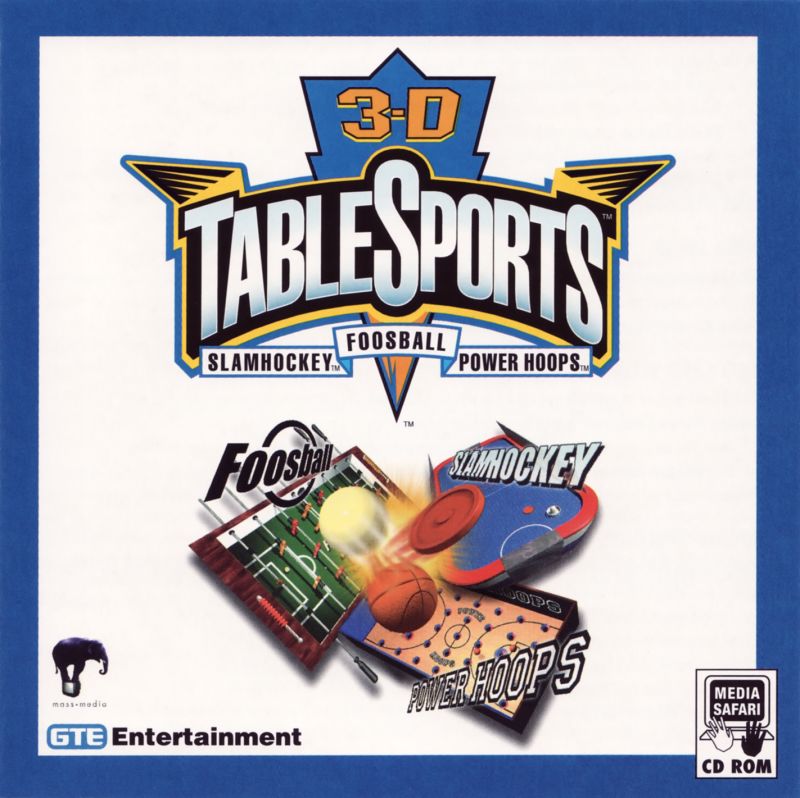 The game, which is a collection of simulators, table football, hockey and basketball, each of which should be considered separately.

Table football (foosball), you control eleven players, mounted on metal rods, and your main task – to click on the web player next to which in the moment were the ball; this will impart rotation to all of the figures of players and will likely send the ball to the opposition half of the field or even in the opponent. Within the same number of players you can move horizontally left and right, but not one, but all at once. Of course, for a successful game requires an almost perfect reaction, because if the key click is not in time, the figure begins to rotate early and can throw the ball into his own net. To win the game you need to score in the opponent's ten goals. There are three levels of difficulty, you can also choose the type of game depending on the win conditions in the game (to win one match, two, three or four; depending on your selection and the total number of matches).

An interesting feature is also the ability to send the opponent a certain (what – you decide for yourself early in the game) number of messages (including offensive). All you have to deal with ten computer opponents, and in the beginning of the game will be available only two, access to the battles with the rest will open as the victory over the weaker.

Table hockey (slamhockey) – less known game. When selected, the game screen is a hockey rink with boards and a special marking on the edges is the gate. On the surface of this field-slip feature-puck, and the player's challenge is to push the thing round the bat to the opposite gate (that is, of figures of players won't be here). There are two game modes – normal, where you can only control the bat in their half of the field, and "combat" where everyone can wield her all over the field. Especially attentively it is necessary to follow the angle of the bounce of the puck from the sides of the field, because to fly into the gate she could from this position easily (even accidentally). The winner is the first to score ten goals to the opponent. All options of the game is completely similar to that described above when playing table football.

But the most unusual and rare game collector is a Power Hoops, basketball table in a closed "box", with balls fired at other people's rings from numerous holes (i.e., not very similar to a real basketball), which require a combination of reactions, eye and calculate the correct strength of the throw. When the balls are thrown on the ground (there can be up to eight), the player's task is to take the hole, which turned out to be one of them when you hover over it a blue circle (the red circle belongs to your opponent), so he takes possession of that ball. After that you can move the ball on the field, then throw it in the trash; the longer you hold down the throw down – the greater the force of the throw (to display the power level at the bottom of the screen there is a special indicator, but to find the optimal value of the force of the throw still usually very difficult). Getting to the basket from the middle line of the field and then charged on three points closer to the ring two. After hitting the basket the ball is thrown into the game in a completely random place of the field, and the player's task – as soon as possible to get hold of them again and again to throw into the ring.

The number of points you need to score to win, you set before the game, and it may be exactly how the number of points (twenty, forty, sixty, eighty), and just got a number from any position in a basket of balls. There are two different game modes: normal, where after the session you hole so she's totally yours, and "combat", where the opponent can take the hole occupied by you (and you him), that is, you need to try immediately after the occupation of the hole to make a throw; if the ball is suddenly under the control of both players (when the hole is white circle), then the cast makes the one who had let go of the button throw. All other game options (in terms of victory conditions, for example) is similar to other games of the collection.

The game features great for the year when three-dimensional graphics and advanced features to play on a local network. In short, this is by far the best of all existing simulation table sports games (which, unfortunately, was never much).

Not sure how to pass your time, why not play our classic videogame 3-D Table Sports online? And the best part, it is for free!

Indiana Jones and The Fate of Atlantis: The Action Game