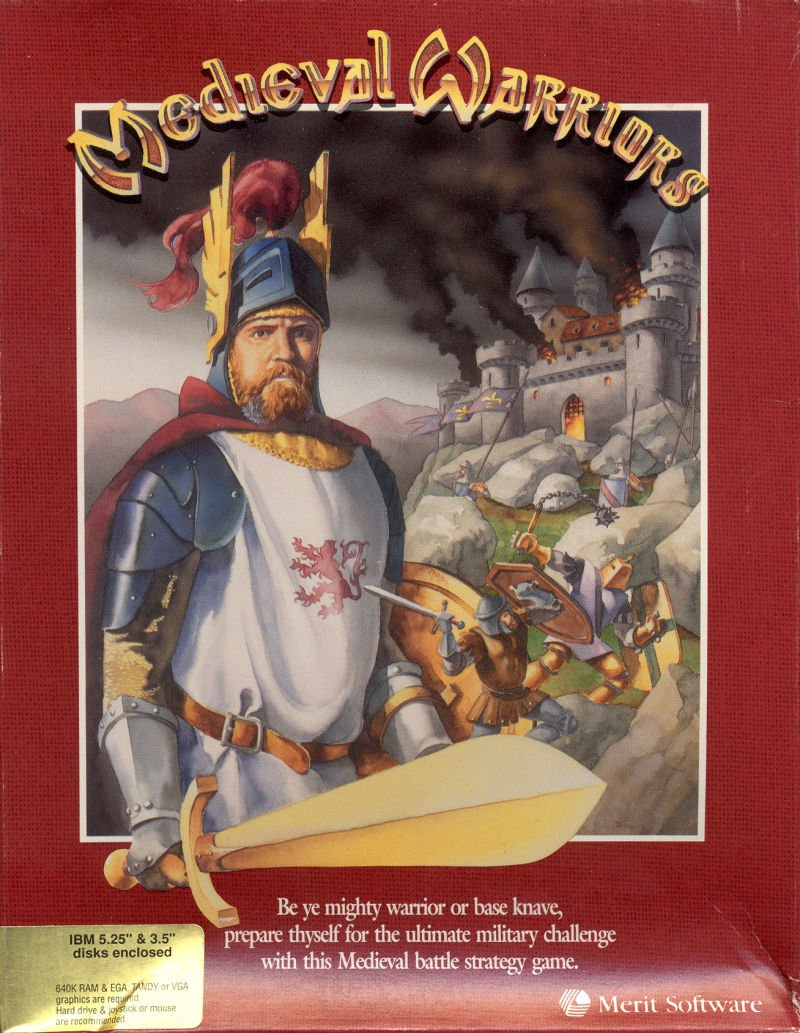 Do you think old video games are boring? Play Medieval Warriors, it is a 3rd-person (Other) perspective game developed by Merit Software and released on DOS in 1991. You will then know that you were wrong.

Forgotten fantasy turn-based strategy with RTS elements, which is considered a kind of "forerunner" WarCraft (although not common, in my opinion, not so much).

You can choose one of two sides of the "conflict" (in quotes because no background of the game there) – Red or Blue soldiers. In each group – 12 people. Next, select one of the four cards for a future battle – a castle (the action takes place right inside the castle), there is a forest (and there is a separate forest gate, where you have to fight on the walls), and so on.

The most interesting – all your soldiers, in spite of the same appearance, and even seemingly identical weapons, they would differ from each other. Yes, we all have only two weapons – a sword or bow (you can change them during the game), but a different value of hit-points, radius of movement and other characteristics. You should also note other unusual aspects: for example, the boom end, to spend them in an empty is not necessary; the landscape of the area greatly affects the course and outcome of the battle, it must be considered; available different types of groups.

The graphics are average, the landscapes are beautiful, but figures of units is too blurred. The game may be of interest primarily to fans of tactical strategies.