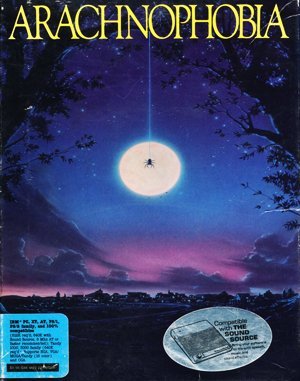 Click here to play Arachnophobia online
5.0 /5
Based on the film of the same name, the game puts you in the shoes of a husky exterminator on his mission to rid the city of the arachnids.

South American spiders have overrun a large area in some areas of the United States. It’s your task to clean the infested farms, houses or public buildings by using an very effective pesticide called “Toxi-Max”. One of the most useful devices your character can use is an arachno-detector indicating approaching vermin. The player sprite is controlled from a side-view and basically only needs to use his toxic pesticide in time to defend himself from attacking spiders, just like a simple reaction game.