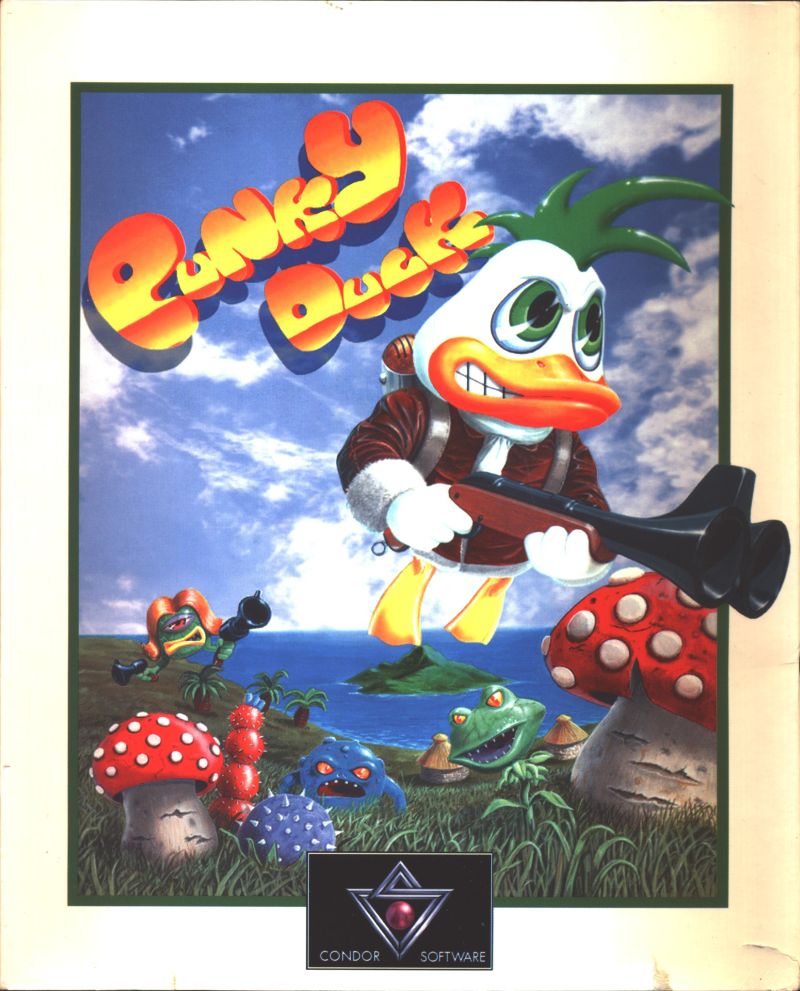 Play Punky Duck online now. This game was released by Condor Software in 1996 and has fantastic Platform gameplay.

You will find information about this game in the world of databases in games. This is a huge rarity from completely unknown developers, in fact – just another arcade game. But only halfway through the first level.

The plot is nonsense, as it should be: in the Country of Ducks (Duckland) is invaded by horrible monsters, and captured almost all civilians unfortunate ducks. But one duck-punk with the green "Mohawk" on the head (duck in this country is quite a anthropomorphic) has not been captured, and now, armed with a solid gun and making a mean face, he is sent to rescue their relatives and the extermination of the creatures.

Only five levels (each island), their size is very solid and filled with all sorts of enemies in fairly large quantities, so to play this game sometimes can be very difficult. Types of monsters are not many, they look funny, but are themselves quite strong. The ducks have some health and several lives. At the end of each level according to the tradition we were met by the boss.

In addition to the battles, of course, you need to collect bonuses in the form of badges $ and just serve to increase the final bill. However, the most unexpected moment are the story bonuses: the middle of the first level to understand that it's the details of a certain raft! And at the level you need to find and collect them all in order at the end of "how to collect" the raft and have the opportunity to go to sweep the next island. Help collect needed items helps the drawing of the raft, which can also be found. And here grow the mushrooms, and you can eat them and then die from this...

Graphically, the game looks quite odd. The third-person, the graphics are technically drawn, but it looks like something unusual. Moves duckling too unusual, but here I must admit that the developers really tried to convey the gait of a real duck. Some graphic beauties and copious quantities of objects can not be expected, although in General everything looks good. There still are very atmospheric voice screaming monsters – it must be easy to hear...

In General yet it's the real underground. No, here, in any case, there is no vulgarity, but literally every element of the game gives a real madness, as if the authors themselves ate those toadstools that can be fatal to a duck-punk. However, to play it is very fun, so you can recommend not only to collectors of rarities, but for all the fans of arcade shooters.