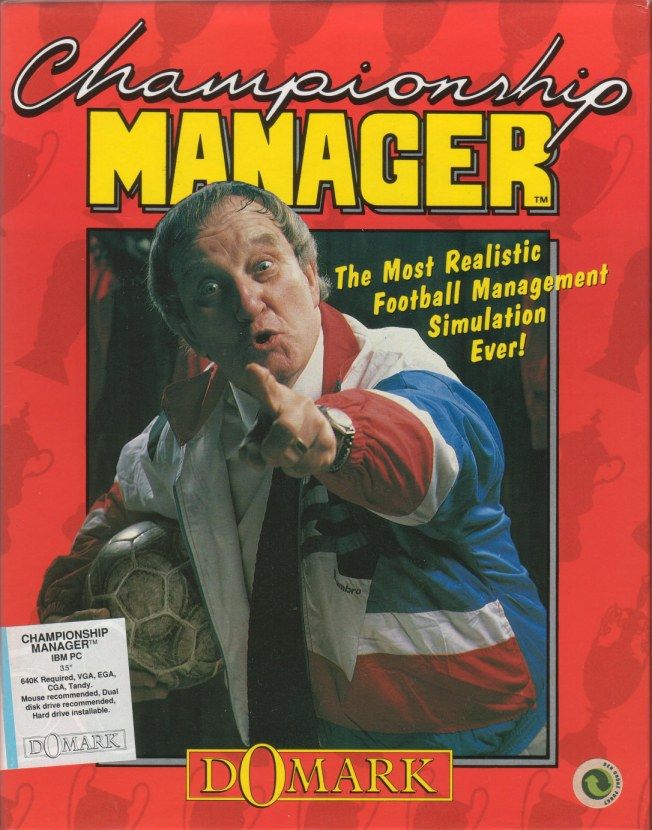 A Simulation game, Championship Manager was released in 1992 by the famous developed Domark Software Ltd.. It is a DOS game and is perfect for all video game lovers.

Managerial football game, now partly forgotten but in his time as one of "top" games of its direction and became the progenitor of a series of similar simulations, but at the same time and laid her standards.

This game is not a sport to the full, namely that the simulation Manager of the football team. To control the players during matches (which you see) nothing is impossible (although you can influence the game indirectly you can: stop its course for the implementation of substitutions, change tactics and so on). Game time takes place over text displays "mismatches work", which amounts essentially to sales and purchases of players and develop new tactics.

The main beauty of Championship Manager (of course, in the framework of the year of its release) was the details of what is happening, and not graphic, but so-called "essential". It is the division into weeks and even days (which, in turn, are divided into weekdays and weekends). The process of buying and selling possible for not all of the players, and he isn't just pressing some buttons - no, the transaction is preceded by lengthy negotiations, with disputes about the amount of salary of the player and the length of the contract! The choice to control you are given 80 teams of the English League Champions and a large number of teams of lower level, including from England. The number of available players - even more than a thousand, and each of them has a number of personal characteristics and biographical data (that is to say, the date of birth and nationality, as well as the level of play in attack and defence, the degree of influence on other players in the team, the ability to creative "tricks" and so on). Available detailed statistics and game your and other clubs with the seasons.

Of course, for successful operation, you will need not only players, but also the "headquarters" staff, and people of various professions - from coaches to sports doctors here will be the same now many. Positive surprise is the ability of choice before the start of the game of one's own role: "himself" you can do responsible, for example, and can be selfish. Another nice detail is the presence of separate (!) window where you can see the reaction of the managers of the clubs that rivals the results of your matches. All the characteristics of the players vary in points from 0 to 20.

The graphics in these games to evaluate not worth it - suffice it to say that all the tables here are designed clearly and easy to understand. Overall - a very worthy representative of its subgenre, which certainly will appeal to a few of his fans.

Enjoy playing Championship Manager online, it can be played on your browser and is free.