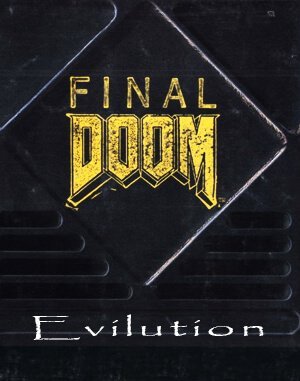 Click here to play Final Doom – TNT: Evilution online
4.0 /5
As in Doom II, the levels can be divided up into three sets, defined by the skies and separated by a textual intermission in addition to the standard intermission screen; as well as two secret levels. Additional textual interludes appear before MAP07, before each secret level, and at the conclusion of the game.

In TNT: Evilution the UAC once again are intent on developing and experimenting with dimensional gateway technology. They set up a base on Io, one of the moons of Jupiter, with a solid detachment of space marines for protection. The marines do their job well: when the first experimental gateway is opened they annihilate the forces of Hell. Anything that came through the gateway was immediately destroyed by the marines, and so research on the gateways continued.

Later, the yearly supply ship came earlier than expected, and looks strange and unusually large on the radar. The personnel of the base go out to behold the terrible truth: it is a spaceship from Hell, built of steel, stone, flesh, bone and corruption. The ship’s enormous gates open to unleash a rain of demons on the base. Quickly, the whole base is overrun, and everyone is slain or zombified.

The Doomguy, now in command of the marine deployment, has been away on a walk, and has thus escaped death or zombification. After being attacked by an imp he rushes back to the base, where he sees the demonic spaceship still hovering above it and realizes what has happened. Then he swears that he will seek vengeance for his slain troops, and sets out to kill as many evil creatures as possible.

Mission 2 Return to Danger – Accessory Game for Spear of Destiny