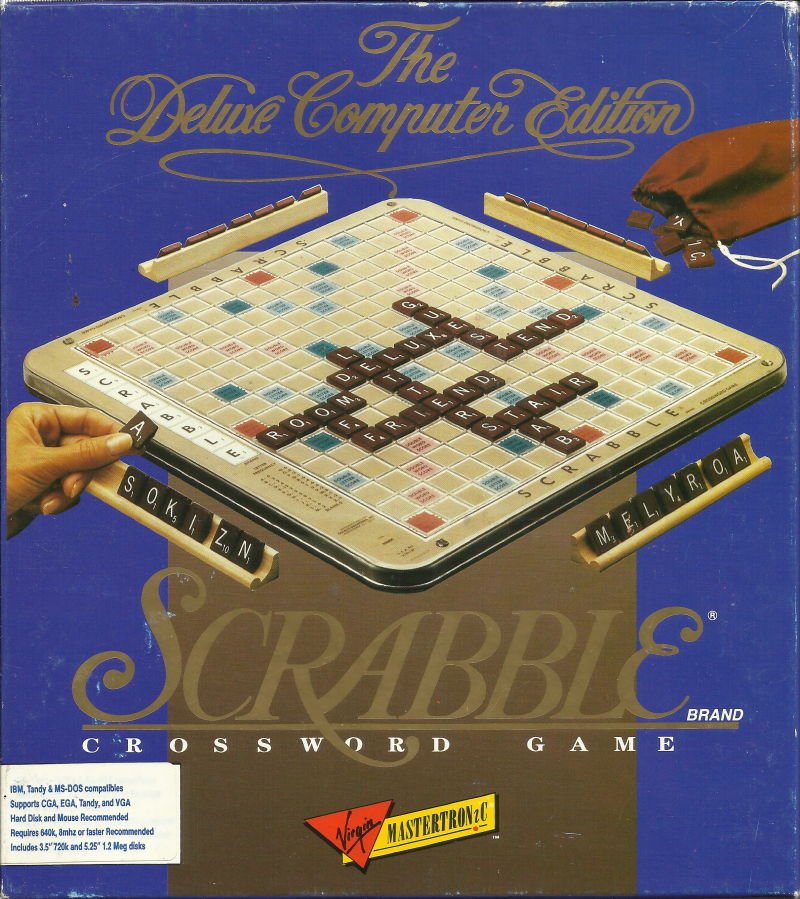 The computer version is extremely popular in the West desktop intellectual games of Scrabble. In our area, albeit with a few modified rules, it's entertainment also known under the names "Krestoslovitsa" and "Scrabble".

The rules are as follows. Two players (of course, there is the opportunity to play against the computer or against a live player at the same computer); a field size of 15x15 cells and chips with certain letters, while each letter has a certain "cost" in points. Initially, each player is given seven such chips (subsequently the same will be given for each move; the letters are displayed in the left part of the screen), from which (or which parts) is necessary to make a word (in the same game - in English), to read left to right or top to bottom. The first word is always added so that it crossed the center of the playing field; each subsequent word added must come into contact with already decayed, and in the turn, you can add the word (or words allowed a few at a time), but not just letters. The number of chips, of course, of course, and the game is up until all chips are not used, or stops when none of the players can't make progress. The winner who earned the most points (depending on the "value" of a particular letter). Each letter, caught in a blue square, brings twice more points than is allowed by "par", each placed in a blue square three times; if the letter was in a pink square - all the letters of the word or words to which it refers, bring double the number of points in its "denominations", if red is the same, but the number of points per word (words) is increased three times. All words must be real and recognized by the computer, although permitted, the self-expanding his vocabulary with the help of special options. Of course, there are a number of other, less important rules - for example, if a player is unable to use in a particular course all seven tiles to compose words, he is awarded extra points.

About the schedule hardly makes sense to say it is here, not black and white and makes it easy to understand what is what on the screen: greater for such a game is not required. Of course, getting pleasure from the things you must have at least some vocabulary in English, but if you fall under this category, such entertainment can be very entertaining for you.

Tired of your same old routine, want to add some entertainment and fun element in hour life? Play one of the best videogame Scrabble – Deluxe Edition online now and change your boring oold routine for good.