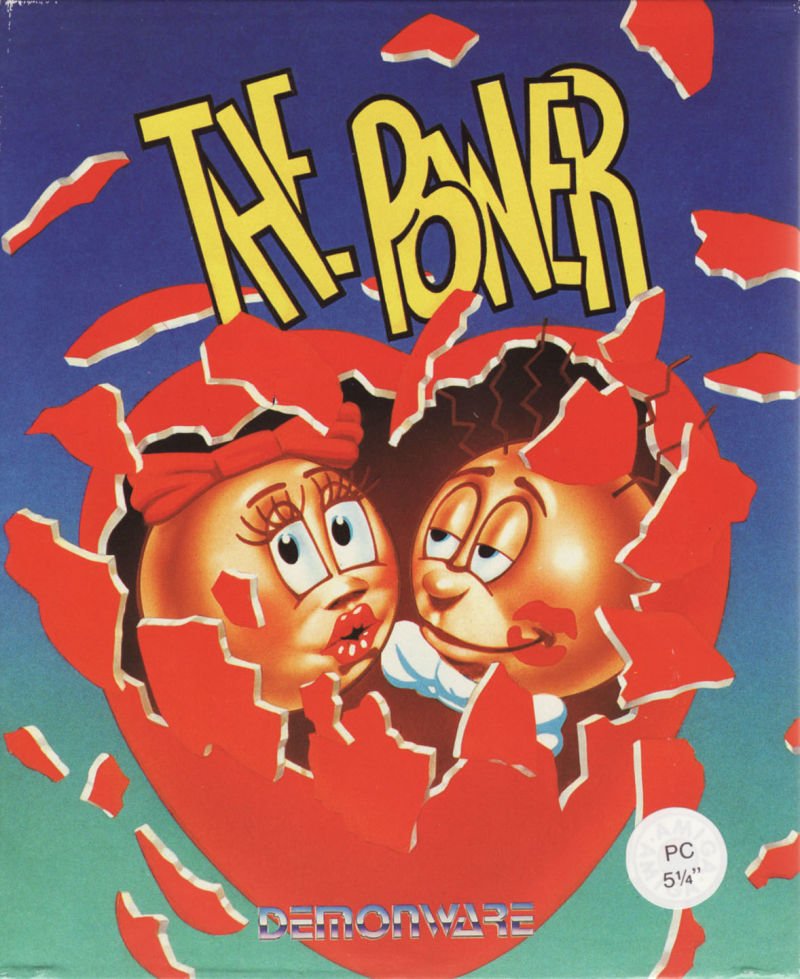 Demonware Softwarehaus GmbH developed a DOS game in the year 1991 called The Power. In the video game ranking, this game ruled the charts for a very long time. You can now play it again online by clicking here.

Rare arcade-puzzle from the category of "it happens". The main characters – Max and Mini, love balls with faces (...); to play the two player mode is possible for both, one – only for max.

The objective in each level (there are over a hundred, and there is a editor to create your own levels) – access to the Mini (or max) through a maze of blocks, before collecting all the bonuses hearts, and having to do it before the time runs out (although I must say that the time limit here is very gentle). At first glance it is incredibly easy, because what we see on the screen can not be called a maze in the usual sense, his likeness only appears in the later levels, while at first it's just a space surrounded by the perimeter blocks, within which there is Max, Mini, hearts and maybe a few lonely blocks. But Power is not a game for idiots, because its mechanics are fundamentally different from the familiar.

The fact that control movement max in the game is extremely limited. With the mouse (although you can control from the keyboard) we can only point him to the direction of movement, and it will move in that direction until then, until you encounter an obstacle in the form of a block. While the Mini is almost always located in the center of the screen, and the level is only accessible after collecting all hearts Max somehow "ricocheted" from the block directly on it; thus, the game is very difficult.

Starting from the third level in the game there are "blocks-helpers": they are painted in different colors and are usually in the center or on the edges of the inner perimeter of the playing field. These blocks can be moved around the perimeter, but their behavior is exactly the same as max, that is, they will stop moving only when rested in any normal unit. Nevertheless, their correct placement on the field often depends on the ability to pass the level. Also the most important factor is that in the collision between blocks of different colors annihilate each other (e.g., the blue block destroys red, green, blue, red - green). Such destruction should by all means be avoided, as they will certainly make completing the level impossible in principle.

The game has several modes, but arcade from tactical differs slightly: in the first image larger, but at a specific point in time able to see all of the screen (scrolling, of course, is) in the same tactical picture smaller, but visible from the entire screen of the level, so play better. There is also a mode for two players: you need to collect all the hearts on the level faster than your opponents do.

Graphically, the game looks quite nice, and the levels themselves (which, of course, is poor in terms of objects and are not some luxury backgrounds, but this is due to the environment of the game), and small inserts with portraits of emotional "persons" of the main characters. After completing each level you are given a password so you can start the game with the following. Verdict – really interesting and unusual thing to play which is every connoisseur of unusual arcade puzzles. And, of course, not to mention the fantastic rarity of this game is to find it somewhere else will be very difficult.

Play your favorite childhood game The Power online in your browser for free here.