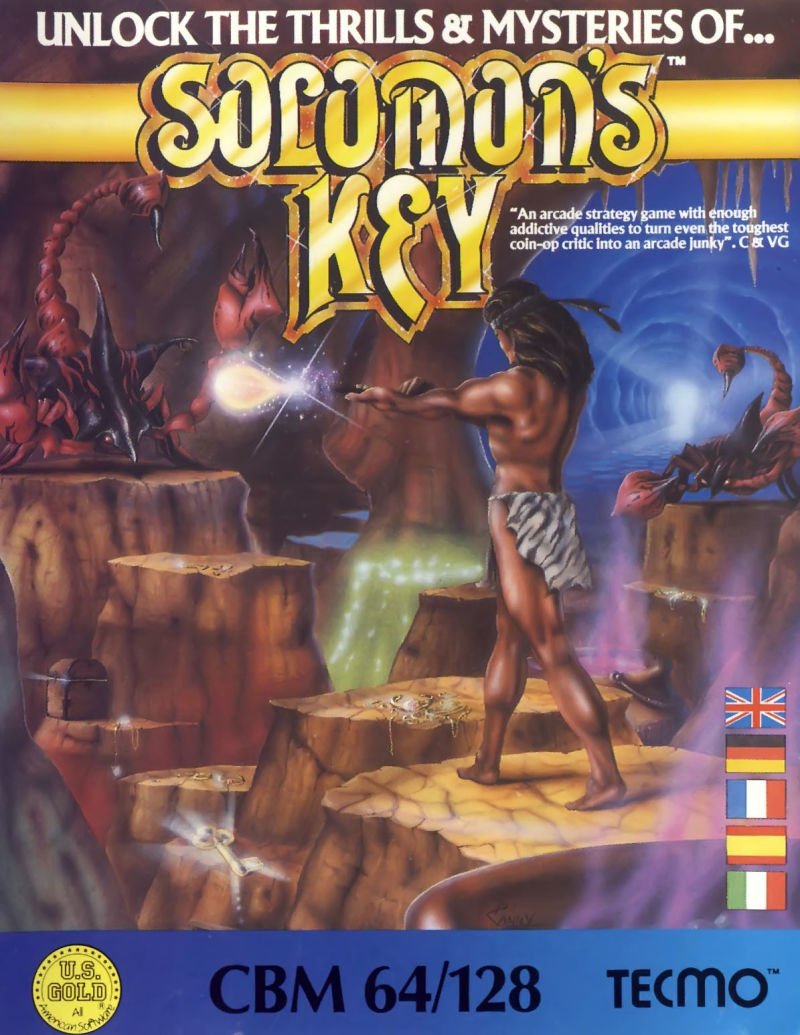 Solomon's Key, a DOS game was released by the very talented group Tecmo, Ltd. in 1988. Little did they know that they will end up making history. Play this game again here.

The puzzle-platformer without, apparently, well thought out plot, but is rightly and deservedly considered classics of the genre, despite the fact that not very similar to most of his samples. The action takes place in some towns and monsters dungeons, the goal of the player controlling the hero, like the ancient Egyptians or someone like that, to find the key that will open the passage to the next level.

Our hero has a weapon is a mystical staff (or scepter?), which you can use to create and destroy blocks, which are in abundance dotted with the game screen (though some blocks you can not destroy). Task to pass the level – creating and destroying blocks to build your way so that to reach the coveted key. So really still a very big question, if the game is to be called an arcade in every sense of the word, because "Pastavy" element here is very strong, and the action develops quite slowly.

As already mentioned, the maze is inhabited by monsters of different types, which will instantly kill the character, if faced with it. Some of them kill do not – only have to avoid meeting. Some will perish, if with his creation to destroy the block on which they stand. But to kill them early in the game as such can not in any way – but later, when we find special spells. Because – Yes, there are different kinds of bonuses (primarily military, of course, although there are just a rewritten account of the game) that can be extracted on the levels and when you hit some blocks. Besides that the game is not so simple in itself, the passage of each level limited in time.

Unfortunately, the graphically DOS version many times worse than most of the versions from other platforms, often located on the border of playability: due to the total dominance of turquoise, the actual lack of backgrounds and as such more than a schematic drawing of the hero, enemies and objects sometimes it is even difficult to understand, where that. However, it is possible to play, as well as to get carried away and completely forget about the chart – also possible.

Verdict – very good "truly smart" platform, which in any way will not work as light entertainment, but it is quite worthy to occupy a place of honor in the collection of any hardcore lover of antiquity.

Do you want to relive your memories and play Solomon’s Key online in your browser? Play it now for free.

Nova 9: The Return of Gir Draxon