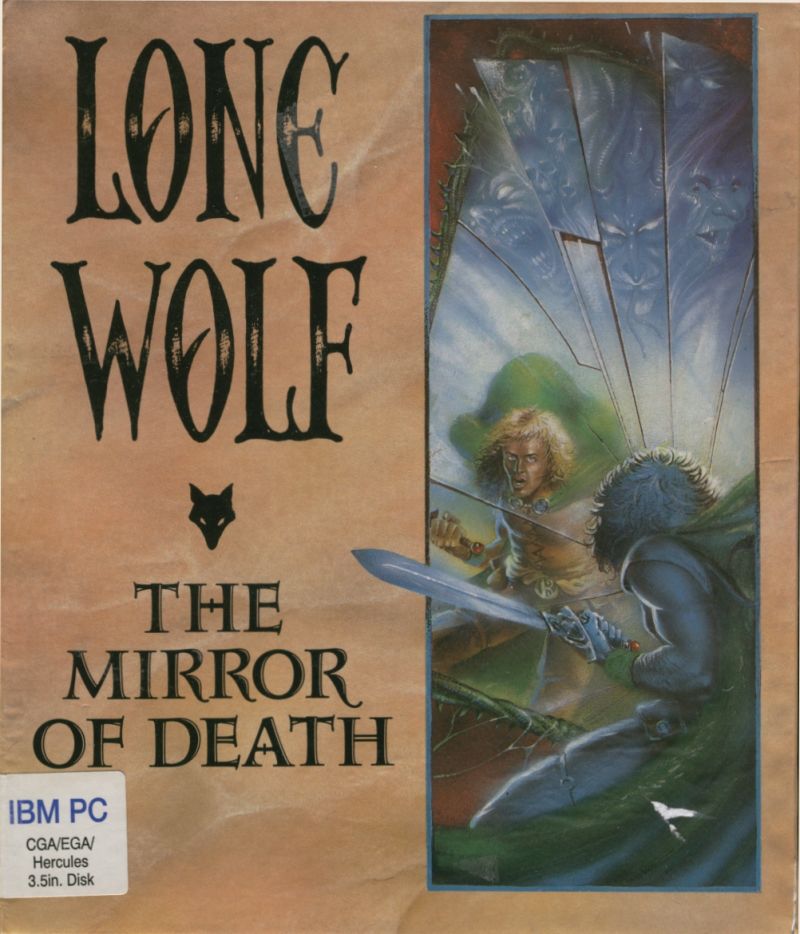 A very interesting DOS game was released by Mr. Micro Ltd. in the year 1991. The game was called Lone Wolf: The Mirror of Death. You can now play it online.

Rare fantasy platformer in which we act as a hero-a barbarian who saves the world from a terrible seven demons, appeared out of the shards of Mirror of Death.

Formally, the gameplay here seems to be the standard – as in thousands of other games, go forward with the side view, kill monsters, at the end of level boss. But the peculiarity is that our hero owns several magic skills (total of seven), without which the game does not pass, and before each level it is necessary to choose four of them that we want it to use. It is clear that with repeated playing, the levels already studied by the method of trial and error, to select them easily, but for the first time – a pure lottery. Among the most interesting skills – for example, invisibility or the ability to turn into a wolf, also present protection of the mind, the ability to use a weapon (perhaps the most important skill), intuition (helps in the maze), exploration (allows to feel the monsters at a distance), self-healing.

Separately want to note the schedule. She's great here and itself (which is only the portrayal of the main character!), but what is most amazing backgrounds in the game is not at all static, and then on the walls, flickering torches, spin some arrangements... And the most strike enemies (also very cute pictured): they have good artificial intelligence, and which are even capable of "learning": for example, if in a fight with a powerful demon (which you have so long to kill) always use the same battle tactic after some time, learn to block, therefore, the margin of victory is the diversity of tactics even with one enemy.

Verdict – simply excellent (and that's why it's a shame that little known) platformer, take a look at which is every once it started working.

Play your favorite childhood game Lone Wolf: The Mirror of Death online in your browser for free here.