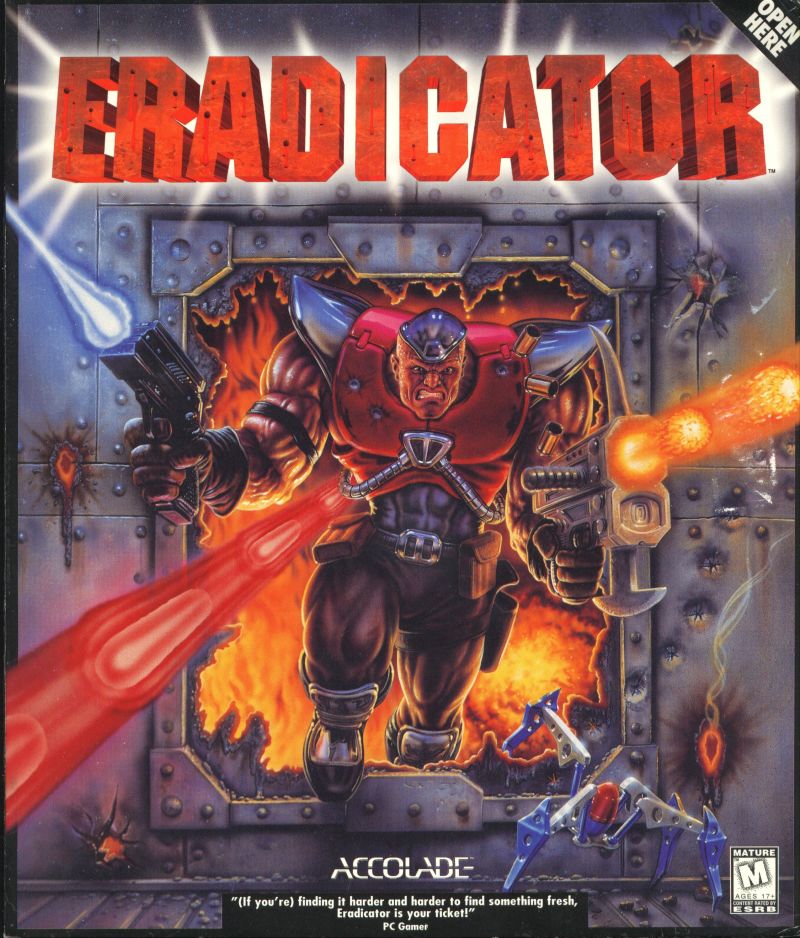 Do you want to relive your good old memories? Play Eradicator again, it’s a perfect DOS game launched in 1996 and a must-play for all video game lovers.

Interesting Duopoloy shooter (but not a clone! - it was released less than a month after the Duke!) from Accolade (!).

So, on the planet with a dull name Ioxia was a disaster - all the cracks have got awakened from the dream of the indigenous people. And began to fight for their itit, independence from alien invaders. But there - the only one in the whole Universe mine rare metal Macrium. Naturally, all vzgonoshilis and began to fuss. We also have to participate in the hustle and bustle of one of three characters...

So, trick number one - each character has their own weapons and characteristics. New? No, HeXeN we already gave. Trick number two - each hero levels? New? Not great but nice.

The engine itself is quite close to DOCOMOMO, although the default is mously, more similar to the Quake, rather than quite limited in this plan (without the use of source ports) DN3D, which dramatically changes the situation. Plus, this is a stylish trick "picture-in-picture" used for surveillance cameras and different gadgets like RC crawlers, spiders, bombs. And available without cheats feature is third person. Digitized music instead of MIDI (even when playing without a disc!), at the time - a rarity. And comments characters, to the point and out of place, a La the Dark Forces, as well as omissioni level approach in her own style.

In General, cute is a mess of new and old, turn out in fact insanely playable and atmospheric the subject. If not for adding to your multiplayer, then for the sake of creating the impression not a typical FPS third generation, this thing is to play, believe me.

Play your all-time favorite Eradicator free on your browser here.